55 Products are available in this category 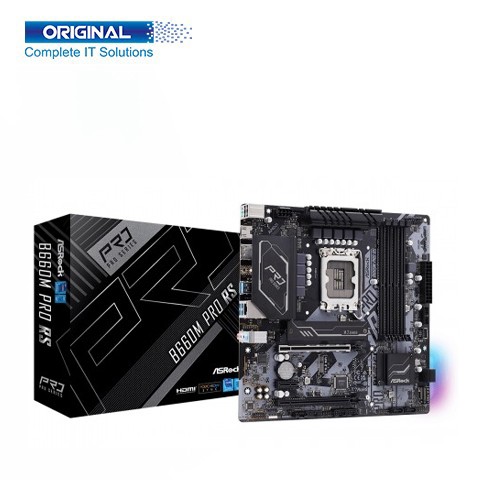 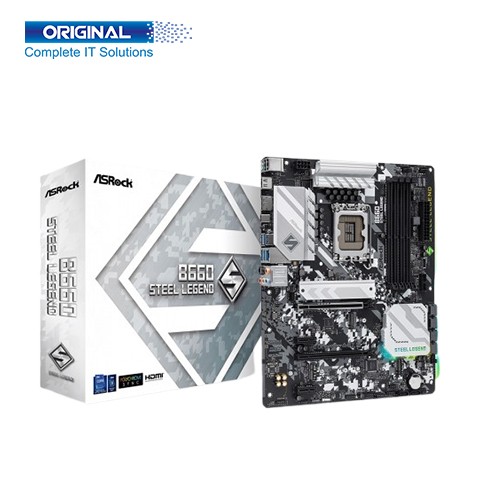 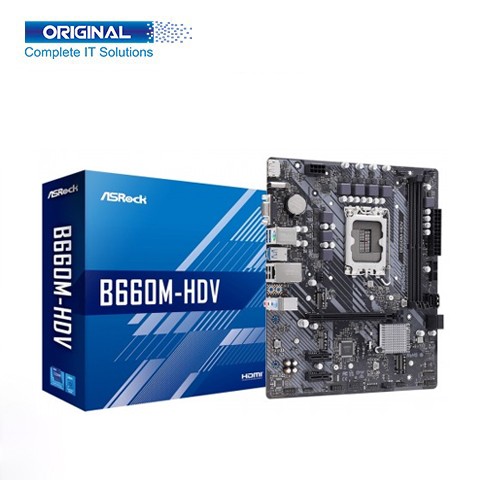 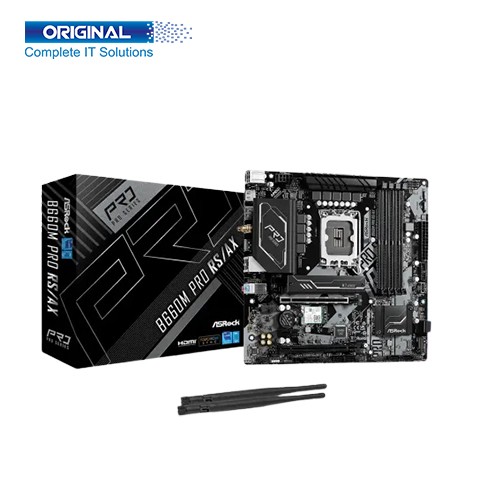 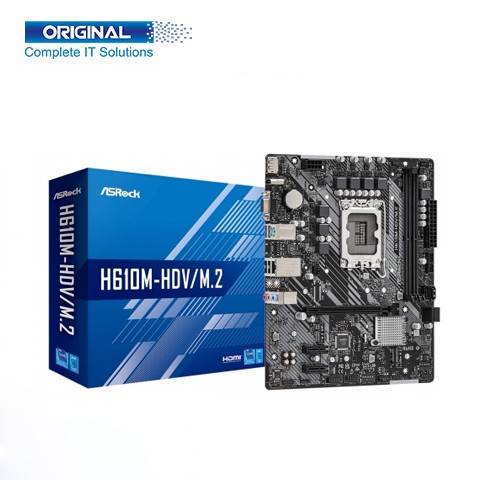 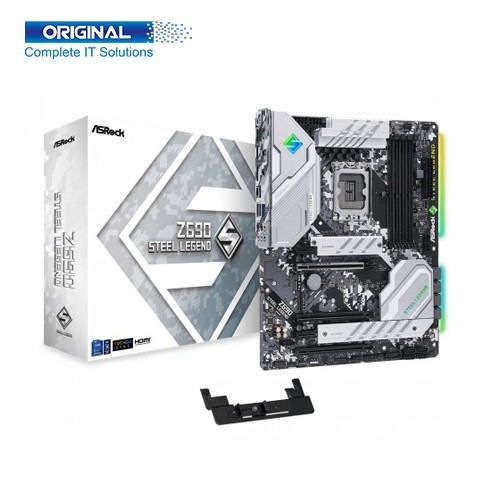 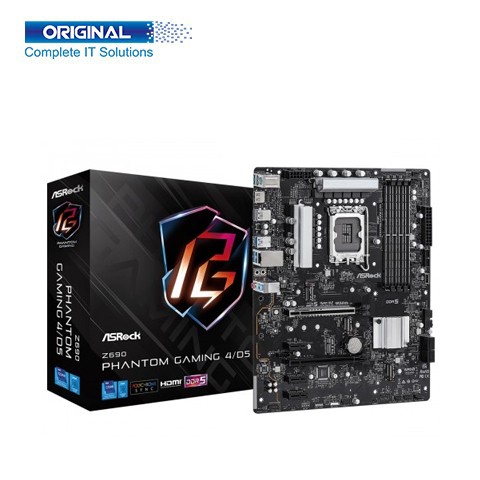 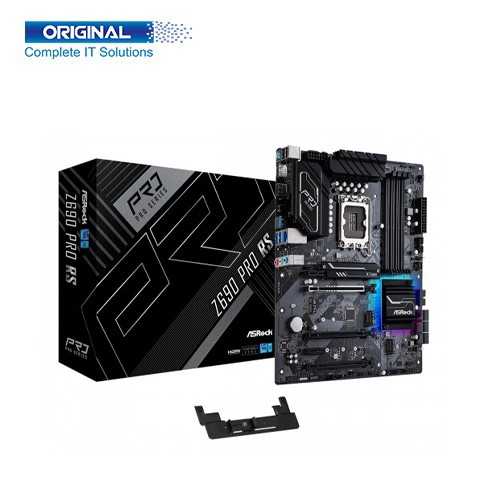 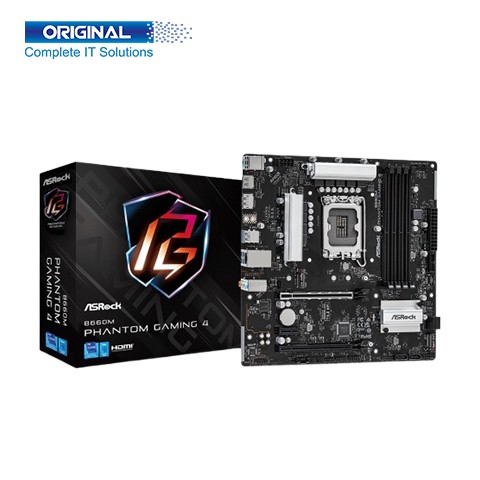 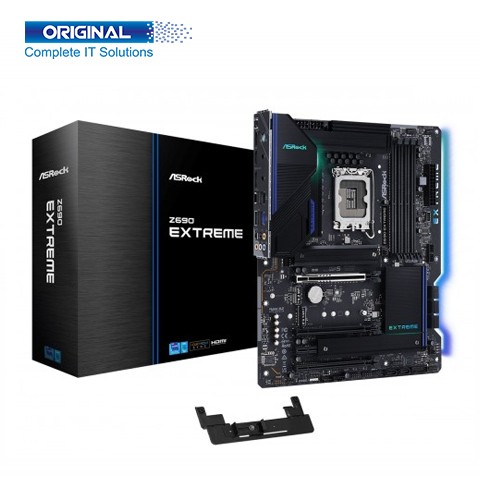 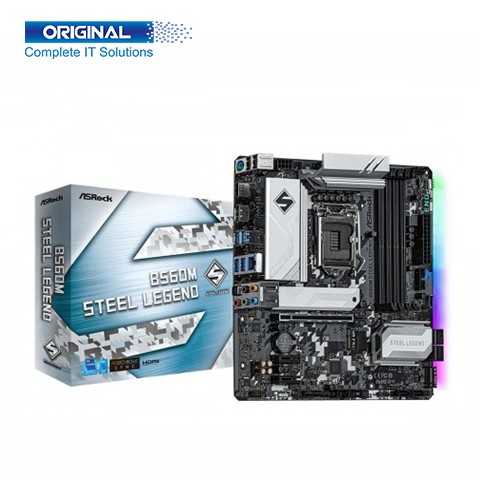 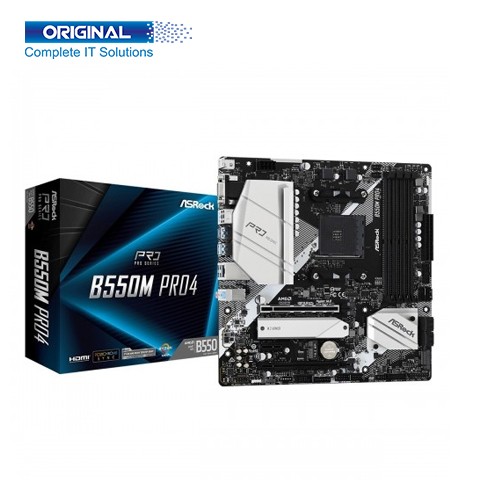 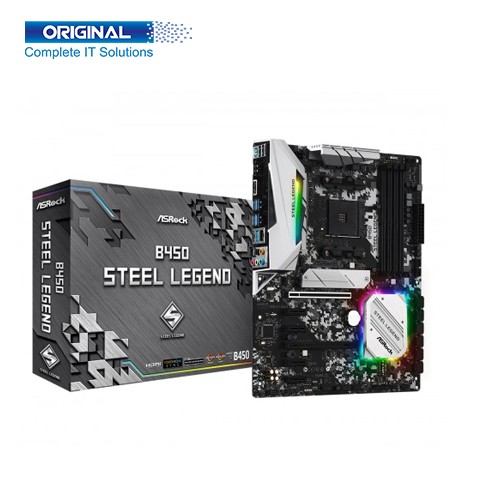 Overview of The AsRock motherboard price in BD In 2022

ASRock's motherboards are optimized to give you a competitive edge in your favorite games. High-performance CPUs, potent graphics cards, and sophisticated cooling systems are just a few of the features that help gamers get the most out of their games. ASRock's gaming motherboards have innovative technology only available on their products, making them perfect for competitive online play.

ASRock gaming motherboards include some of the industry's most powerful CPUs. This makes sure that players have a fantastic time while gaming.

Even during lengthy gaming sessions, the components on an ASRock gaming motherboard will remain comfortably cool thanks to their innovative cooling solutions.

ASRock's gaming motherboards include innovative features that are tailor-made for competitive play. These include USB 3.1 Type-A connectors, which can carry data at up to 10 Gbps, Intel® LAN for latency-free gaming, and M.2 slots for lightning-fast storage.

The components and structure of an ASRock gaming motherboard are designed to last.

ASRock's mid-tier motherboards provide a happy medium between price and performance. They offer a satisfying gaming experience without breaking the bank, making them an attractive option for budget-conscious players.

Processors in the middle of the range:

The Latest Technology in Heat Consumption:

Even during lengthy gaming sessions, the components on an ASRock Mid-Level Motherboard will remain cool thanks to its sophisticated cooling systems.

If you're on a tighter budget but still want a high-quality motherboard, ASRock has several excellent choices. Support for numerous graphics cards, M.2 SSDs, and SATA III hard drives are just a few of the features available on these boards. The construction quality of even cheap motherboards is usually rather good.

You need a motherboard that can handle numerous graphics cards if you want to construct a gaming PC without breaking the bank. At least two PCI-Express expansion slots are standard on most ASRock budget motherboards.

M.2 solid-state drives represent the cutting edge of data storage innovation. They are smaller and quicker than standard SATA III hard drives. Even ASRock's cheapest motherboards often include at least one M.2 slot.

Almost all modern computers use SATA III hard drives. Their data transmission rates are quick, and they are dependable. There are at least four SATA III ports on all ASRock budget motherboards.

ASRock's low-priced motherboards nevertheless use the company's standard of high-quality parts. Because of their sturdy construction, they can take a beating and keep on ticking. This is crucial if you use your computer for gaming or other resource-heavy activities.

An IO shield, a metal plate that conceals the exposed ports on the back of the motherboard, is standard equipment on most ASRock budget motherboards.

• If you're searching for a new motherboard for an AMD CPU, go no further than the ASRock B550M Steel Legend.

• If you want to create a new PC with an AMD CPU, the ASRock B550M Steel Legend is a fantastic option.

ASRock, a Chinese electronics manufacturer, produces motherboards that are visually and functionally distinct from those produced by any other company. Here are a handful of this motherboard's many features:

The ASRock motherboard is not only a high-performing option but also quite easy to install.

This CPU motherboard offers the least complicated installation process compared to others in its category. This is true regardless of whether you want to carry out the process on your own or seek the assistance of an expert.

Background about the Business

ASRock is a former offshoot of the very successful ASUS company in Taiwan. Eventually, it became independent from ASUS, although serving the same function.

Computers, media players, workstations, and home theater systems are just some of the electrical devices that both firms have manufactured motherboards.

With its low-priced devices catering to a wide range of customers, ASRock has become a household name in the motherboard market.

ASRock motherboards may use low-cost components, but their outstanding quality makes up for the low cost.

The earliest quads were released by the manufacturers, which are reasonable for the market. Your computer cannot function without the motherboard, which serves as its nerve center. It is the only component of the apparatus that can both receive and transmit information.

This is what precise computer work looks like. It's the brains of the machine, the nerve center, if you will. Bad construction of this part will prevent the computer from working.

To ensure that the "brain" of the computer and its capacity to communicate and process data are functioning properly, ASRock only employs the highest quality components across the motherboard.

• ASRock's extensive lineup of motherboards is sure to have something for you.

• At the same time, the Creator series is built around the needs of creative professionals and includes state-of-the-art innovations like Thunderbolt 3 support and AI Noise Cancellation technology.

• Power users may get exactly what they want from the Taichi and Extreme series, which includes cutting-edge features and capabilities.

• It's likely that ASRock, a motherboard manufacturer, will have a solution that works for you.

Motherboards from ASRock are built to last and are guaranteed to work reliably. They're made with sturdy parts and materials to survive repeated usage. Because of this, they are perfect for gamers and other heavy users.

Overclocking is a primary design goal for many ASRock motherboards. In those other words, they are easily customizable to make the most of your computer system's CPU and other components. This is for you if you're a gamer or power user who wants to maximize your system's performance.

The cost-effectiveness of ASRock motherboards is unmatched. They have similar or better features and performance than more expensive versions from other companies but cost much less. Because of this, they are highly recommended for thrifty consumers.

4. Wide range of models to choose from

You may choose from many different variations of ASRock motherboards. You have the option of selecting a model that is either light or heavy, depending on the criteria you have.

ASRock has first-rate support services. You can count on ASRock for assistance if your motherboard ever troubles you. This is crucial for people that put a lot of strain on their computers, including gamers and power users.

Things To Think about Before Buying AsRock Motherboards

Asrock motherboards provide a selection of unique socket types for its customers to choose from. By a significant margin, the most common types are LGA 1150 and LGA 1151. Make sure the motherboard you select has the appropriate kind of CPU socket.

The chipset on the motherboard is considered to be its "brain." Its major duty is to exercise command over the many other components of the board. Asrock has a selection of several chipsets; you should choose the one that meets your needs the most effectively.

ASRock motherboards are available in various form factors, which may be selected from the available choices. The ATX and microATX form factors are now the two most common variations of motherboards. Before you purchase a motherboard, check to see if it will fit in the case you want to use.

The price of the motherboard is something else that has to be taken into consideration. Because AsRock offers a wide variety of price options, you should be able to choose a product that fits within your budget and fulfills your requirements.

Last but not least, before purchasing a motherboard from AsRock, it is recommended that you read some reviews beforehand. By reading these evaluations, you'll be able to determine whether the motherboard meets your requirements.

Should I choose a motherboard that incorporates wireless LAN?

They've been streamlined and enhanced if you will. Integrated wireless LAN is convenient since it eliminates the requirement for a PCIe expansion slot. This is particularly important with Mini ITX boards, which have fewer PCIe expansion slots than larger form factor motherboards.

Is there a use for wireless connectivity on motherboards?

Bluetooth connection is available on various high-end PC peripherals, including wireless keyboards, mice, headphones, and speakers. To give it its full name, Bluetooth is a wireless technology that, when it comes to linking electrical devices, does away with the need for additional wires.

Is ASUS the owner of ASRock?

ASRock was founded in 2002 as a spin-off of Asus to compete with original equipment manufacturers (OEMs) like Foxconn. In 2007, after a successful IPO on the Taiwan Stock Exchange, ASRock shifted its focus to the upstream sector of the semiconductor industry.

Which motherboard from ASRock is the best?

The ASRock Z690 Taichi is the company's most cutting-edge motherboard to date. It's a great starting point for a high-end system since it includes many useful features and consistently solid performance. Its Z690 chipset and new LGA 1700 socket are compatible with the most recent Alder Lake CPUs.

How reliable is the ASRock name?

ASRock makes some of the top motherboards on the market. The AMD ASRock 970 in my PC died after a short period. However, my ASRock extreme 4 1155 CPU's overclocked performance has been flawless.

If you are in the market for a new main circuit board for your computer, the AsRock motherboard should be at the top of your list of options.