12 Products are available in this category 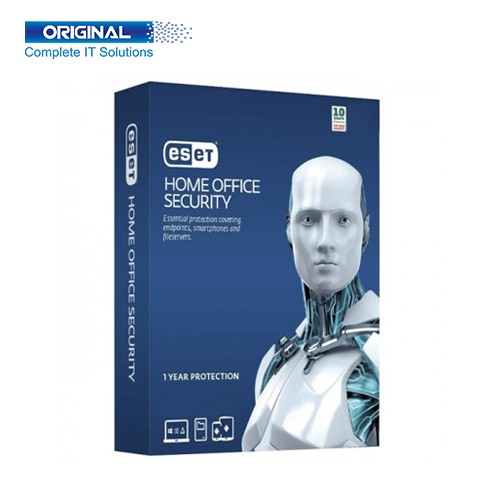 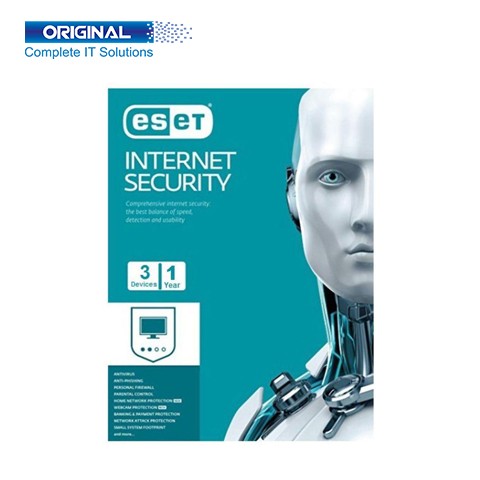 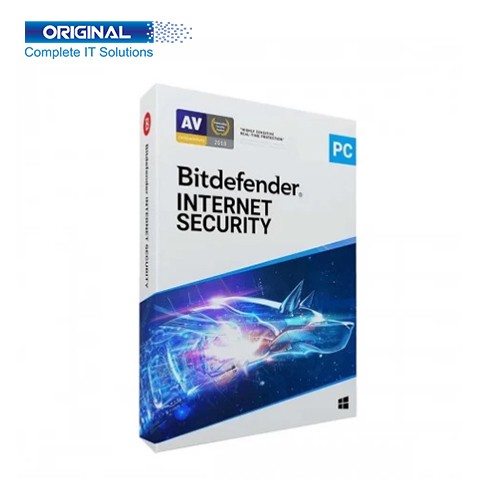 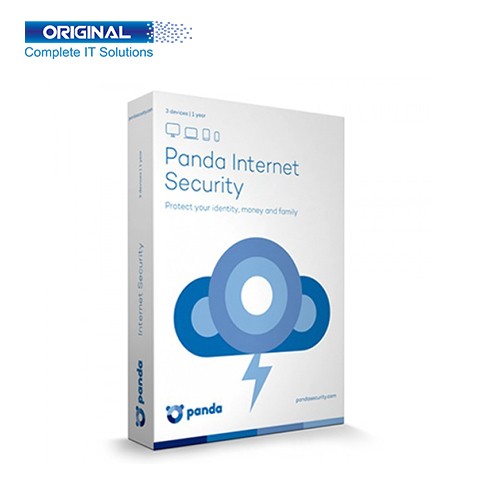 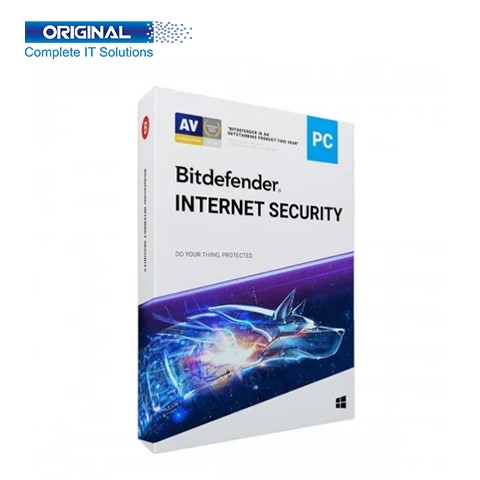 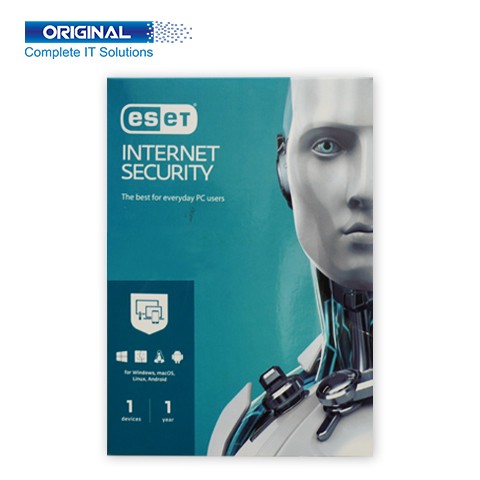 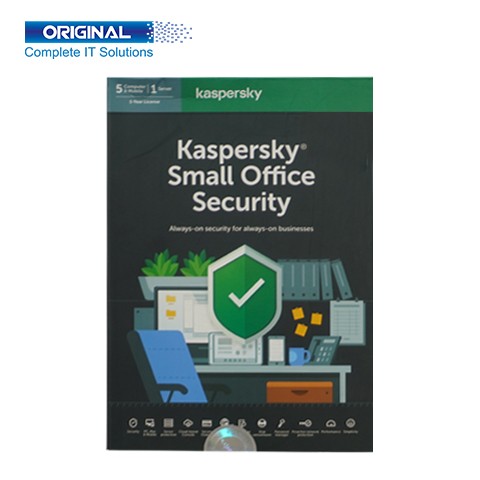 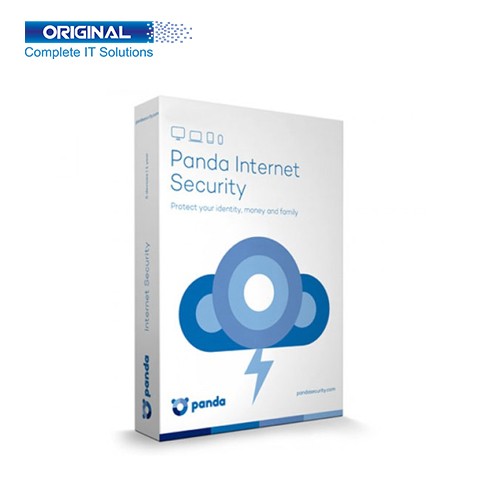 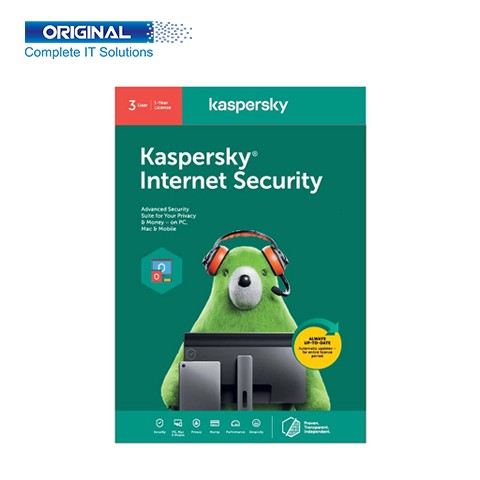 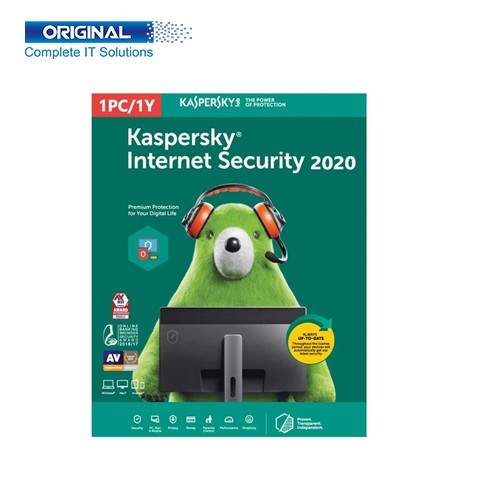 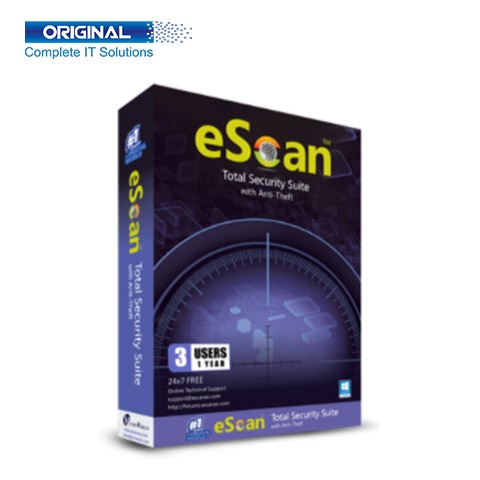 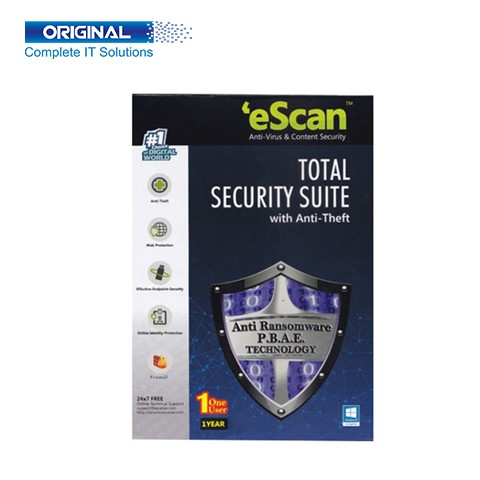 Top Rated and High-Quality Antivirus Price in BD In 2022

You have arrived at the correct location if you are seeking the antivirus software that is now held in the highest esteem among its peers. This post will compare and contrast the most popular antivirus software packages in Bangladesh, including details on their availability, functionality, and cost. Without further ado, let's get right in!

• Kaspersky Small Office Security covers you if you have a small business and need to protect many computers or a network.

• Kaspersky has ensured the security of your most valuable information by blocking malicious programs.

• If you want to get rid of a virus for good, you may wipe anything on your hard drive that has anything to do with it.

• Kaspersky's intuitive interface allows users to quickly and easily access all of the security software's features. Preferences in the program are simple to adjust.

• Kaspersky prevents your private information from being distributed without your permission. You are provided with a digital keyboard.

• It does extensive virus, and malware analysis on each file downloaded to your computer.

There are different types of subscription packages of Kaspersky antivirus priced around BDT 5200- BDT 720. They are:

Typically, a security provider will provide three layers of protection: antivirus just, a stripped-down security suite, and a fully loaded security mega-package. ESET Internet Security, which ranks in the middle of this group, has some of the best antivirus protection available.

• Installing ESET's antivirus and anti-spyware software will protect your computer from threats in both online and offline settings.

• Email attachments may be safely sent and received between any machine running Windows, Linux, or macOS.

• Device control allows you to regulate the use of electronic devices and content based on user-defined policies.

• Modifications to the registry, files, and applications are all protected against interference by HIPS.

• Regarding devices, media, users, and user groups, permissions may be set individually.

There are three types ESET antivirus services available in Bangladesh and they are priced around BDT 3600- BDT 450. They are:

Bitdefender is one of the top antivirus products in 2022, rivaling or surpassing Norton and TotalAV. Bitdefender's anti-malware capabilities include real-time shielding, user-configurable virus scans, a password manager, banking security, and a virtual private network (VPN).

• Keep your kids safe even while you're not home with the Bitdefender BOX 2's parental control app.

• Whether you're using it to play a game, watch a movie, or make a document, Bitdefender will know. Please feel free to continue your productive computer job in peace.

• Using Bitdefender, you can feel safe knowing your data is protected. After installing this antivirus program, your device will be protected from harmful programs.

• This antivirus suite offers a broad range of protection features to keep your device secure. Protecting your data in real-time may be done in various ways, including using a secure browser, an anti-tracking application, a virtual private network, etc.

You can avail this top rated antivirus program on different two packages in Bangladesh between BDT 1200-500. They Are:

Having up-to-date and running antivirus software is essential for protecting your computer from malware. Multiple tests have shown that eScan is superior than other antivirus software. This tool can scan for and eliminate malware, spyware, and other infestations.

• Businesses may lessen the chance of data theft using eScan's advanced features, such as Attachment Control and Device Control.

• Protecting private information with encryption is a must in this day and age of constant cyber threats.

• Customers may use the device control feature in eScan Endpoint Security to safeguard their USB/Flash and other storage devices.

• Because it is an integral part of eScan, it is the only product that offers remote scanning support.

• Multi-Factor Authentication (MFA) is an extra layer of security that may be added to the Windows login process to ensure that only authorized users have access to the system and its contents.

• Create a Vault that relies on cryptography and a passphrase to protect its contents using this part.

Price of eScan antivirus is very affordable in Bangladesh which is around BDT 1200 –BDT 400. eScan is offering two packages now. They are:

Regarding antivirus software for Windows, Panda Security is hard to beat. AV-Comparatives found that it provided the highest level of protection in real-world scenarios. It also offers a beautiful and straightforward interface and a wide range of security features.

• In real-world protection tests conducted by AV-Comparatives, Panda has consistently ranked as the top brand since the year 2020 started.

• Antivirus software, private browsing, passwords, a firewall, a nanny mode, and a VPN can keep your data safe online (VPN).

• Because of the many customization options, it is best suited for advanced users. The default settings work very well, so beginners shouldn't be concerned.

• Regarding design and use, the Panda app scores high marks. It's useful for both amateurs and experts.

• The Password Manager by Panda is a convenient tool for creating, storing, and using secure passwords.

• VPN service from Panda is lightning fast, logs no user data, and works with streaming services like Netflix and file-sharing programs like uTorrent.

In Bangladesh, you may get Panda antivirus software for a very reasonable BDT 1250 to BDT 550. The eScan service now comes in two different bundles. Those items are:

In general, all antivirus programs may be categorized into one of these three categories:

Antivirus Protection from the Cloud

A newer kind of antivirus technology, cloud-based antivirus software analyzes files on remote servers rather than on your local system. This saves resources on your PC and allows for a faster response time. The "client" component of such a product is what you install on your computer; it's the part responsible for regularly scanning for viruses and other malware.

Independent antivirus software is a specialized tool that can detect and eliminate certain infestations. The term "portable antivirus software" refers to anti-malware programs that may be stored on a USB drive and used by system administrators to scan a potentially compromised computer.

As we have already established, antivirus software is just one part of a whole security suite. They protect your computer and data around the clock from viruses and any potentially hazardous programs. These packages often contain protections against spyware, firewalls, and parental controls.

Issues to Think About Before Purchasing a Security Software

Techniques for scanning and detecting

The most efficient antivirus software combines real-time scanning with on-demand findings. You may be certain that the real-time scanner monitors your device's incoming and outgoing data. A real-time scanner simultaneously performs scheduled checks of all your files for malware.

Email scanning is an integral part of the best antivirus software. This might stop rogue software from deleting your files or giving out your private information. In many cases, computer issues and dangers may be traced back to spam emails that were opened or downloaded because they included hazardous content.

Antivirus software may be rather resourced intensive, and because of this, they often run in the background, slowing down the device. This may be a problem if you often engage in CPU-intensive activities, such as high-level gaming.

There's also the matter of download security, which is vital. Downloaded files should be scanned for viruses by an antivirus program since they may contain hazardous material.

Just because you're running Mac OS X or Linux doesn't mean you're immune to malware. The antivirus software's compatibility with your computer's OS should be verified before to purchase. Many antivirus tools provide OS-specific variations optimized to deal with malware in that particular setting.

The antivirus and computer protection software industry is one of the most active in information exchange. When choosing whom to trust with your private information, think seriously. Make sure you've read the privacy rules of any stores you're considering buying from before you do any shopping with them.

Do I Need Antivirus Products On My Smartphone And Tablet?

You must equip your mobile device with antivirus software. Mobile devices are just as susceptible to dangerous malware as desktop computers.

However, although the threat of infection from malicious software is smaller on these devices than on personal computers, it is nonetheless there. Antivirus software has the potential to protect your device against viruses and other forms of malware. There is a wide selection of mobile antivirus programs available to meet everyone's needs and tastes.

Should You Invest in Antivirus Software or Use a Free Alternative?

Hundreds of millions of results will pop up when you search Google for "best antivirus for PC," leaving you feeling overwhelmed and confused as to which one is the best. Because of the gravity of the current security situation, what are you willing to give up? You need to decide if you want a free membership that offers little security for your devices or a paid subscription that provides constant protection.

Is it Necessary to Protect My Computer with Antivirus Software?

There is no substitute for using extra antivirus software, regardless of whether your Mac or Windows laptop already has built-in virus protection. Complete security, including endpoint protection and response and protection from malware and potentially undesired programs, is best achieved via third-party antivirus software.

Does antivirus slow down PC?

Having antivirus software installed has been demonstrated to reduce computer speed drastically. Although most antivirus software has a noticeable influence on system performance, we uncovered a couple with such a small footprint that only the most processor-intensive activities, such as playing a demanding game or creating a video, are impacted.

Can antivirus software protect against hackers?

Antivirus software is a vital weapon in the fight against cybercriminals and other internet menaces. Antivirus software safeguards our computers against malware that might damage our operating system and, more importantly, our data.

Can a computer with a virus be fixed?

Some malware and viruses can reinstall themselves even after being manually deleted from a computer. Using anti-malware software and operating system patches may reduce or eradicate malware from your computer.

Can the virus damage RAM?

Because it is wiped at startup time, RAM is immune to viral corruption. While running, viruses may infect RAM and render it worthless, causing the computer to slow down. RAM might be bypassed by viruses in favor of the OS or the hard disk.

How can viruses enter computers?

Networks, optical discs, email attachments, and removable media like USB drives all have the potential to spread viruses. There were fewer means for machines to connect in the past. Therefore computer viruses spread mostly via infected floppy disks.

Finally, Should You Spend Money On Antivirus Software?

Because of how dependent we have become on the internet, cyber security has become a pressing concern. We can never be too far away from the devices we depend on to get by, whether it's a phone, laptop, or tablet.

Information may take the form of almost anything captured in digital form, including images, videos, audio recordings, documents, and programs. A company has an especially pressing need to keep sensitive information protected. Data protection is essential, however.

Given this, it's clear that protecting your computer with antivirus software is a smart move. Think of it as money well spent or a guarantee of safety for your digital belongings and identity.