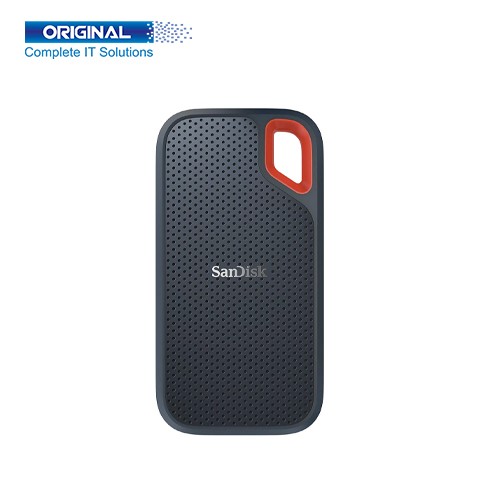 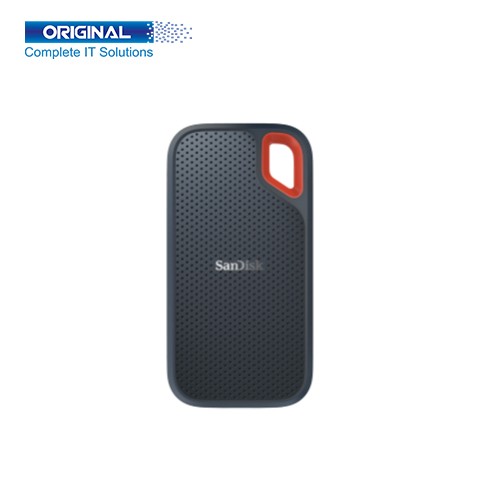 Overview Of The SanDisk SSD price in BD In 2022

The future will unquestionably belong to solid-state drives. Every aspect of its performance, from speed and reliability to longevity and power consumption, is superior to conventional hard drives. Well then, how much would that set me back? How much will it cost in 2022? This article will examine the current SanDisk SSD price in BD and project its potential demand and value. Keep calm!

Compared to earlier SanDisk solid-state drives, the SanDisk SSD Plus is much quicker and uses less power.

The bundled cloning software and detailed, easy-to-follow instructions make setting up your new SanDisk SSD Plus a breeze.

Extend the life of your laptop

Switching to a sata3 SSD from a reputable manufacturer will improve your computer's responsiveness and speed, including during startup and shutdown.

The SanDisk SSD PLUS, with its SLC caching that improves burst write performance, is an excellent option for general-purpose PC use, such as web browsing, email, casual gaming, office productivity, and media playback.

With no moving parts, your data is safe on a SanDisk SSD Plus, which is intended to endure regular bumps and jostles.

Boot times, file transfers, and application responses will all be far faster than they would be with a conventional hard disk drive. The SanDisk SSD Plus's silent operation, dependability, and dashboard status monitoring make it a fantastic choice for media applications.

Quicker system startup, program loading, and visual rendering are all possible benefits of upgrading to a SanDisk Ultra 3D SSD. With an SSD, not only will you be able to launch programs and transfer files more quickly, but you will also have longer battery life, less noise, and cooler, quieter computing.

The SanDisk SSD Dashboard lets you track your drive's real-time health. Tools for cloning, checking the disk, and getting alerts when the firmware needs updating are provided.

The drive enhances performance and enables faster burst rates by filling up its high-speed buffer before delivering data to the flash array.

Put your computer on turbo.

Take advantage of sequential read speeds of up to 560MB/s (500GB-2TB models) for a faster boot time and enhanced performance. Getting things done faster means waiting less for applications, games, videos, and photos to load.

The SanDisk Ultra 3D SSD is intended to endure stress and vibration and has no moving parts, so your data will be safe even if your computer is dropped.

This state-of-the-art upgrade extends the life of your laptop's drive, making it more reliable and extending the time it can stay powered between charges.

The combination of 3D NAND and nCache 2.0 significantly improves speed across the board, whether you're editing movies or just surfing the web.

The Extreme Portable SSD by SanDisk is almost twice as fast as our previous model and was designed with the nomad in mind.

Lightweight and high-capacity, this NVMeTM solid-state drive is perfect for capturing high-quality material thanks to its rapid read and write rates of 1050MB/s2 and 1000MB/s2, respectively.

This hard drive has an IP55 classification, which means it is resistant to water and dust and can survive landings from up to two meters.

The drive has a strong silicon housing that gives it a premium feel and protects it from accidental drops. It also comes with a 5-year limited warranty3 so you can shop with peace of mind.

If you're worried about losing your drive, use the carabiner loop to attach it to your belt or backpack.

We want to introduce you to SanDisk, the go-to brand for photographers worldwide to carry and preserve their most valued still photographs and moving pictures.

Professional photographers worldwide know the SanDisk brand, and they know that the SanDisk Extreme PRO Portable SSD is a powerful solid-state performance in a reliable storage solution. Our generation is almost twice as fast as the one before it.

The forged aluminum chassis, which also functions as a heatsink, may allow you to reduce the time spent storing and transmitting data.

Powerful NVMeTM solid-state performance and read/write rates of up to 2000 MB/s are packed into a compact, portable drive.

SanDisk, the go-to brand for photographers everywhere, has produced this device.

Long anticipated, the SanDisk Memory Zone app is finally available in the Google Play store and acts as a center for unlocking, accessing, and storing your phone's data.

Simple to set up and control

The SanDisk Extreme PRO M.2 NVMe SSD was built from the ground up to work with our 3D NAND, so its power management, durability, and longevity are all top-notch.

The SanDisk Extreme PRO M.2 2TB SSD supports speeds of up to 500,000 random-read IOPS when operating in NVMe mode.

8 Reasons Why SanDisk SSD Are Best Than Others?

Faster data transfer rates are the primary benefit of solid-state drives over traditional hard disk drives. The speed difference between SSDs and HDDs might be as much as six times. The lack of moving components results in much quicker data access.

SSDs' lower power consumption is an additional benefit over HDDs. Because they utilize less energy and have fewer moving components, they are more efficient.

It's also worth noting that SSDs are more trustworthy than HDDs. Since they don't include any moving components, they're far less prone to malfunction.

SSDs are superior to HDDs, including their resilience to shock. This is because they are less prone to break if dropped due to the lack of moving components.

SSDs are more durable than HDDs, which is an additional benefit. This is because they are less prone to destruction in harsh environments since no moving components exist.

One further advantage of SSDs over HDDs is their diminutive stature. Since they are static, they may be made smaller.

SSDs' quieter functioning is another benefit over HDDs. Having no moving components means they are less prone to emitting noise.

SSDs are superior to HDDs in many ways, one of which is their increased safety. This is because they are harder to alter physically than HDDs. Compared to traditional hard disk drives (HDDs), solid-state drives provide several benefits.

Yet the fastest benefit is the time savings. A SanDisk solid-state drive (SSD) is an excellent choice if you need a quick and dependable storage solution.

Things To Consider Before Buying A SanDisk SSD

There are a few factors to consider while searching for a SanDisk SSD to guarantee you receive the most suitable model. Take a look at these five crucial considerations:

How much room do you need for your belongings? The storage capacity of SanDisk solid-state drives (SSDs) starts at 120GB and goes up to 1TB. You must choose a device with sufficient storage capacity for all your essential programs and documents.

While SanDisk SSDs are far quicker than traditional hard drives, there is sometimes a large performance gap between various models. Select an SSD with a high read/to write speed rating if rapid data transfer is a top requirement.

Connecting the SSD to the motherboard is done using its interface. Newer variants of SanDisk SSDs use the faster NVMe interface, while most of the company's products still utilize the older SATA III standard.

There is two SanDisk solid-state drive (SSDs) sizes to choose from: 2.5 inches and m2. The more common and universally compatible choice, the 2.5-inch size, may be used in notebook and desktop PCs. M.2 SSDs are more compact and need a unique slot on the motherboard, but they are much smaller overall.

Duration of usage under intense workloads is a good indicator of an SSD's endurance. There is a wide range of SanDisk SSDs, from inexpensive ones with a limited lifetime to costlier variants designed for continuous usage. Keeping these things in mind while you look for a SanDisk SSD will help you choose the ideal drive for your requirements.

This SanDisk drive is one of the best external SSDs on the market, independent of its durability, due to its large 1TB capacity compared to the other SKUs. Thanks to its low cost and high quality, this product is difficult to fault.

What is the fastest SanDisk SSD?

The PRO-G40 SSD, made by Western Digital, is the newest member of the company's premium SanDisk Professional range. The firm's latest solid-state drive (SSD) is compatible with Thunderbolt 3 and USB 3.2 Gen 2 connections.

How do I connect my SanDisk SSD to my computer?

Attach the USB end of the SATA cable to a free USB port on the computer. Ideally, the OS will recognize the SanDisk SSD and set it up without any intervention from the user. So, yes, you may start duplicating your data right now.

What is a SanDisk used for?

Using a removable solid-state drive is possible, but what are the benefits of this configuration? Two obvious benefits are increased speed and reliability. Non-volatile flash memory allows instantaneous data access and is resistant to mechanical shocks.

Do I need to format a new SSD?

If you've just bought a new solid-state drive, you'll need to format its memory. This is because the SSD disk works with many different OSes. The files should be converted to another format at this time.

• This trend for SanDisk SSDs in BD is attributable to the company's innovative use of cutting-edge technology.

• Improvements in both the quality of the product and the level of pleasure experienced by the target audience are inevitable results of this cutting-edge technological development.

• SanDisk SSDs are growing in price, but they are still a good buy.

Purchasing a SanDisk SSD might be the best option if you need a durable storage solution.