10 Products are available in this category 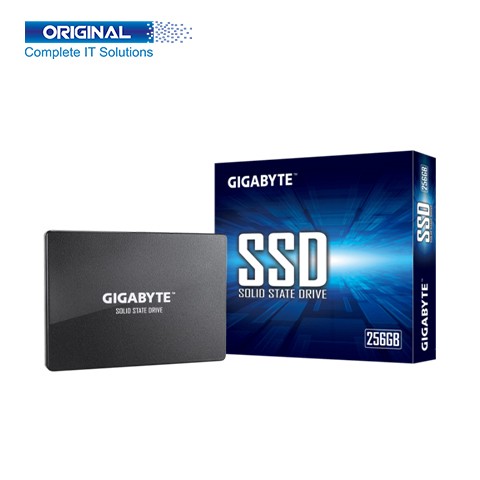 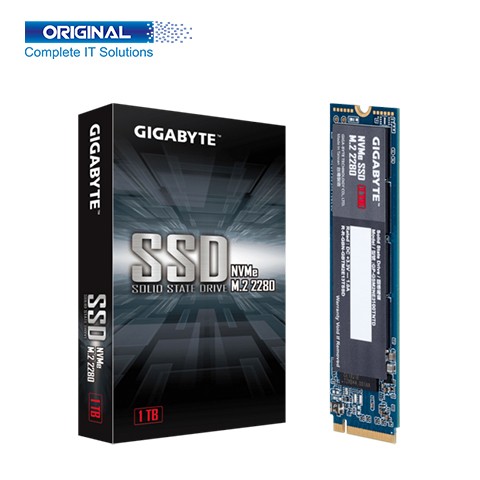 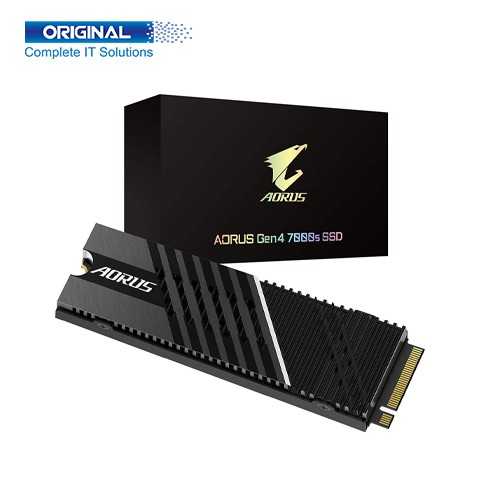 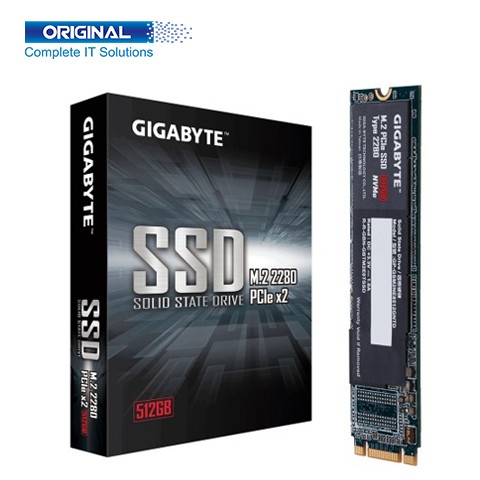 Regarding solid-state drives (SSDs), Gigabyte is among the best in the industry. Their goods are noted for their quality, performance, and durability. Gigabyte offers an excellent selection of SSDs available if you're searching for one that satisfies your needs while staying within your budget.

Here, you'll learn about the 7 most affordable Gigabyte SSD price in BD and the features and specs of each. Read on if you're in the market for an SSD or are simply interested in what Gigabyte offers.

The streamlined heatsink and nanocarbon coating of the Gigabyte Aorus Gen4 makes it quick, secure, and thermally efficient. These SSDs provide exceptional performance, but their increased power consumption is a trade-off compared to alternatives like the Samsung 980 Pro or the Western Digital Black SN850.

Although costlier than comparable PCIe Gen3 options, the 1 T.B. Gigabyte Aorus Gen4 is a fast M.2 NVMe SSD that maintains its operating temperature even under the heaviest loads.

• A guarantee of three years makes this an attractive option.

Using PCI Express's Direct Memory Access (D.M.A.), the Memory Buffer (HMB) feature of the Gigabyte GP-Host GSM2NE3100TNTD enables solid-state drives (SSDs) to use system RAM rather than bringing their own.

This NVMe SSD is equipped with a superior controller and NAND flash, allowing faster data transfers than a normal 2.5" SATA SSD, offering the performance you want for common computer tasks.

• Transferring data quickly and with a lot of storage space

The 512 GB Gigabyte M.2 PCIe SSD is ideal for high-end gaming laptops and Ultrabooks. Data transfer rates of up to 3,500 MB/s (sequential read) and 2,700 MB/s (random write) are made possible via the PCIe Gen3 x4 interface and NVMe 1.3 compatibility, respectively (sequential write).

Data integrity is ensured, and errors are corrected thanks to the SSD's support of LDPC ECC and S.M.A.R.T. technologies. The Gigabyte 512GB M.2 PCIe SSD is a great option for your gaming laptop or Ultrabook due to its tiny size and low power consumption.

• With a PCI Express Gen3 x4 interface and NVMe 1.3 compatibility

• Miniature size and minimal energy use

• The perfect data storage for Ultrabooks and gaming computers

The 480GB SATA SSD from Gigabyte is a lightning-fast storage solution for your desktop or portable Computer. The Gigabyte 480GB SATA SSD is up to 4 times quicker than a conventional hard drive, with reading rates of up to 560MB/s and write speeds of up to 520MB/s.

• In certain cases, it may be up to four times as fast as a standard hard drive.

• Heat is dissipated, and your data is safe within the metal case.

If you're in the market for an economical and dependable solid-state drive, go no further than Gigabyte's 256GB M.2 PCIe SSD There is confidence in its durability thanks to the included three-year warranty and 30-day money-back guarantee.

The included copy of Acronis True Image is compatible with both Windows and macOS, while the disk is cross-platform. This device can read up to 3200 MB/s and write at speeds of up to 1800 MB/s, ensuring fast and error-free data transmission.

The Gigabyte 256GB M.2 PCIe SSD is an excellent choice if you need a fast and reasonably priced solid-state drive. You can be up and running quickly because of its superb performance and simple setup.

• To work with both Windows and Mac

• Acronis True Image is provided at no cost.

• Setup is a breeze.

You may also utilize this premium SSD as your primary boot device to fully benefit from solid-state drives' instantaneous read/write speeds. It's an excellent choice if you're in the market for a new hard drive or need extra space.

This is a fantastic option if upgrading from a hard drive or a less powerful SSD The drive includes all the required hardware and instructions for setting it up. Gigabyte's three-year guarantee covers this SSD

• There will be considerable performance increases when booting

• The responsiveness of the system will increase significantly.

• Includes everything you need for quick and simple assembly

• Gigabyte provides a three-year guarantee on its products.

• A fantastic method of increasing your Computer's speed.

The Gigabyte 128GB M.2 2280 PCIe Solid State Drive is an excellent option for building a powerful computer or workstation. It is one of the fastest drives available, with reading rates of up to 3400MB/s and write speeds of up to 2500MB/s.

Its enormous storage space allows you to save documents, pictures, and movies easily. Also, it has a PCIe interface, which means you'll get the highest possible data transfer rates.

The Gigabyte 128GB M.2 2280 PCIe Solid State Drive is the ideal option if you're in the market for a premium solid-state drive.

• Abundant space for keeping all of your vital documents

• PCIe is a high-speed data-transfer interface.

• Supports every major operating system out there.

• Guaranteed for three years with restrictions

SATA was first introduced in 2003 and has greatly improved computing and memory storage. In the image below, you can see a SATA interface attached to a motherboard. Although SATA was designed for traditional hard drives, the introduction of SSDs allowed users to easily upgrade their storage capacity without having to rewire their computers completely.

PCIe (Peripheral Component Interconnect Express) takes up much less space than previous interface technologies. PCIe's ability to offer up to four data transport lanes makes it superior to SATA's single lane. When combined with an NVMe SSD, which we'll get to in a minute, PCIe SSDs provide even faster read/write rates than SATA.

A data transmission standard named Non-Volatile Memory Express (NVMe) was designed specifically for use with flash memory that is connected through PCI Express. NVMe was created to improve the parallel performance of SSDs.

Combining a PCIe link with an NVMe SSD yields unprecedented read/write speeds. There are additionally PCIe-compatible SSDs that aren't NVMe-based.

What SSD interface should I get?

Make sure the SSD interface you choose is compatible with your Computer before making any further decisions. In the motherboard slot, PCIe and SATA connections seem quite similar to one another. Examining the system requirements may tell you what kind of interface your Computer has.

If your motherboard has more than one M.2 slot, and at least one is PCIe-enabled, you should utilize the second one to install your new SSD When used with an NVMe SSD, PCIe may significantly increase data transfer rates.

What to Look for in a Gigabyte Solid-State Drive?

The capacity of the SSD should be your first concern. SSDs have storage capacities in the gigabyte range (G.B.). When shopping for an SSD, remember that the more storage space you need, the higher the total cost. For instance, a 60 G.B.S.D. will cost more than a 60.

The SSD's connection type should be your next priority. SATA and PCIe are the most popular connections for solid-state drives. The majority of portable and stationary computers use the SATA interface. The PCIe interface is newer and quicker than the SATA standard. However, it is not supported by all computers.

The SSD's physical shape is the next element to think about. The 2.5-inch and M.2 form factors are quite popular for solid-state drives. Common to both laptops and desktops is a 2.5-inch size factor. Certain desktop and portable computers employ the M.2 form size, much smaller than the 2.5-inch form factor.

SSD cost should be your next consideration. Capacity, interface, form format, and manufacturer affect how much SSD costs. For example, a Samsung 120GB SATA SSD will cost more than a Kingston 60GB SATA SSD.

The SSD's warranty is the next factor to think about. The standard warranty length for an SSD is three years. Still, some manufacturers stand by their products for up to five years.

How reliable are Gigabyte's solid-state drives?

What is the SSD capacity in a laptop?

For personal computers, solid-state drives (SSDs) can store data between 120GB and 30.72TB, while hard disk drives (HDDs) may store information between 250GB and 20TB. HDDs have a price/capacity edge over SSDs, but that advantage will dwindle as costs continue to drop.

How can I upgrade my NVMe SSD?

You may update your NVMe-connected SSDs to the most recent version using the utility-drive-upgrade command and the drive-model argument. If you want to offer support for all of our current drive models, you may set this option to ALL; alternatively, you can specify which models you're updating and give a list of their model numbers.

What is SSD with DRAM?

The dynamic random-access memory of an SSD stores data mapping tables, which are a record of the associations between logical blocks and their NAND addresses (DRAM). On SSDs, instead of DRAM, the mapping table is stored in NAND. Because NAND is often slower than DRAM, SSDs with a DRAM cache may perform better than those with one.

Which, NVMe or SSD, is superior?

The performance gap between NVMe and SATA SSDs is most glaring. When comparing NVMe vs. SATA SSDs, the former is superior. Not that there should be any competition here. In almost every circumstance, NVMe solid-state drives are preferable to conventional ones.

Which type of SSD is the fastest?

The speed and performance of PCIe solid-state drives (SSDs) are three to four times that of SATA SSDs due to the increased bandwidth provided by PCIe SSDs.

Finally, if you're looking for an inexpensive SSD, the Gigabyte pricing in B.D. is a great option. You must ensure that the storage capacity you purchase is enough for your requirements.

We researched the most affordable high-capacity SSDs in B.D. and discovered many excellent choices. We offer everything you need, whether a high-capacity SSD or anything to make your Computer run faster. What are you waiting for, then? Get your shopping started right now!