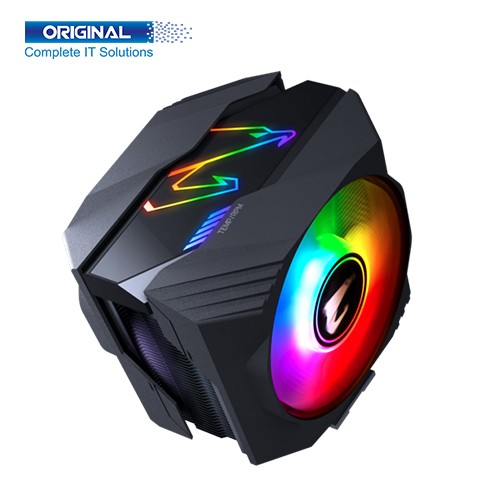 A CPU fan may be a vital part of the PC. It keeps the computer processor cool. You do not want your processor to urge hot, choose the proper cooler for your processor. You'll buy top-quality CPU coolers in Bangladesh. CPU cooler price in BD is additionally quite diverse. You'll find both rock bottom also as expensive coolers here. The high-quality CPU cooler is meant to scale back the ambient temperature of the processor by exhausting heat, saving the PC from being damaged, and keeping it at its optimum level of workability.

Which Gigabyte CPU Cooler should I Get?

CPU fan is cooling your pc. The cooling fan price in BD is not much. But you have to choose different CPU Cooler like Gigabyte Liquid CPU Cooler, Gigabyte Platinum CPU Cooler. No, you'll not run a PC without a CPU cooler. Processors create tons of warmth that just after 3-5 seconds, your PC will enter a thermal shutdown. When your processor gets hot, it slows right down to prevent it from melting. During this case, a cooling fan will improve performance.

Buy Gigabyte CPU Cooler from our website or visit our branches. Get Gigabyte CPU cooler from Original Store BD like cooler for Gaming PC, fintech Casing Cooler, Desktop Casing Cooler, Casing Cooler, Gigabyte Casing Cooler fan and lots of others computer casing price in Bangladesh. Buy anytime, anywhere for your can order products from our official website. You'll buy a CPU Cooler to return to our shop or networking site on our official page. Just sent one massage; you can call our hotline number, which is given below the e-commerce site. You can be called and inform us to urge CPU Cooler BD or any service. We all time steel ourselves against helping customers. We even have home delivery inside Bangladesh through currier service