13 Products are available in this category 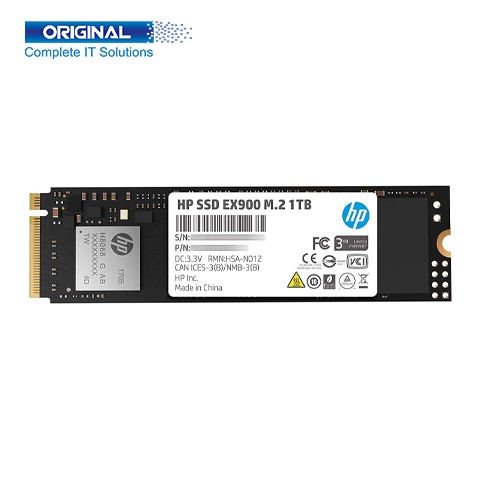 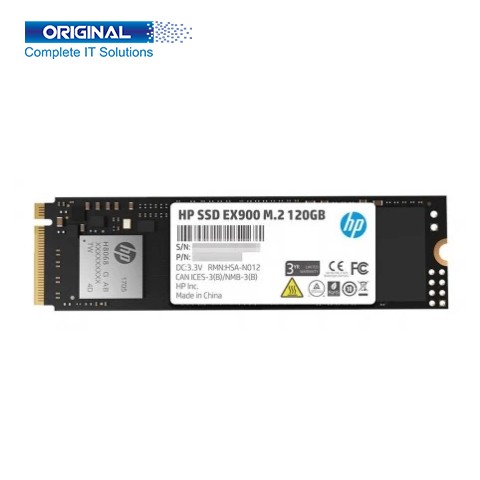 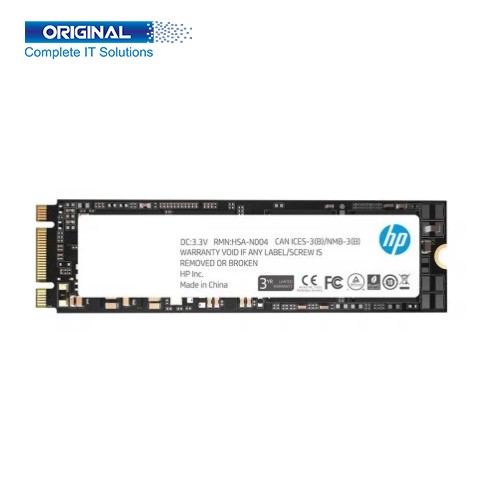 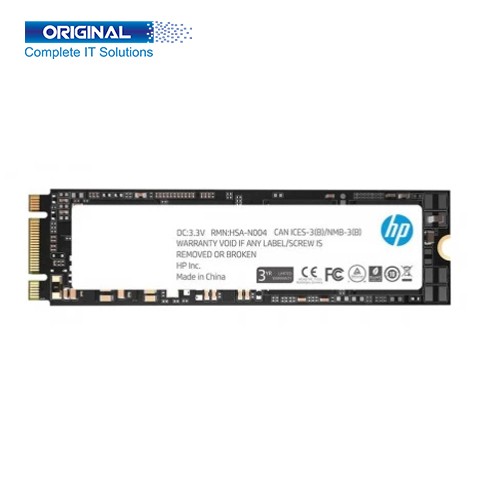 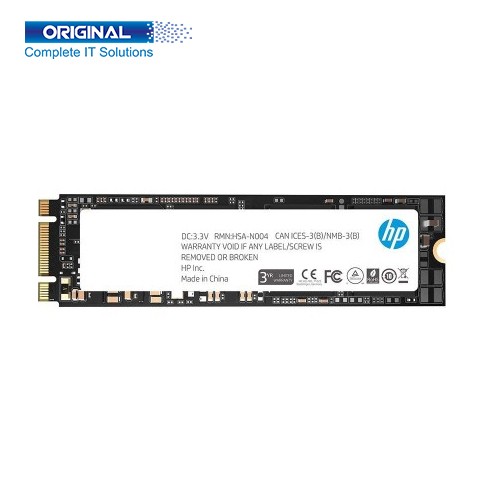 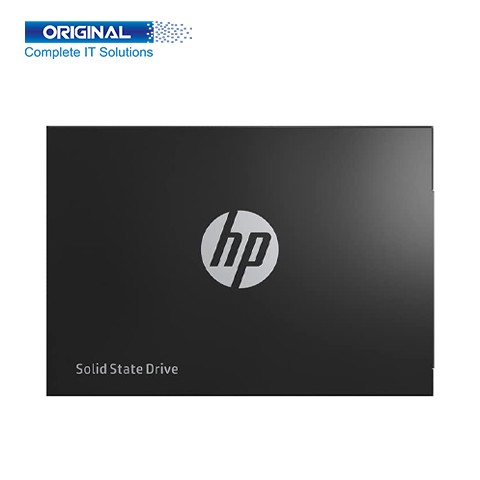 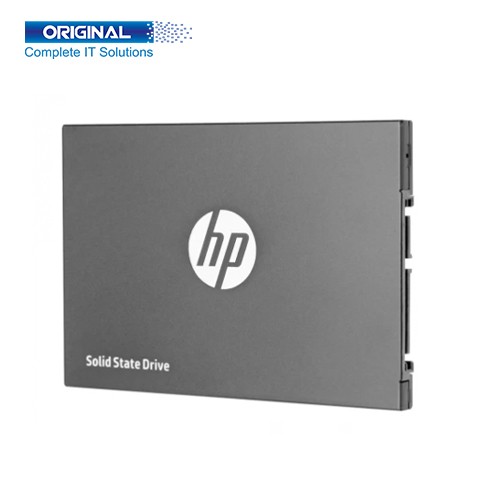 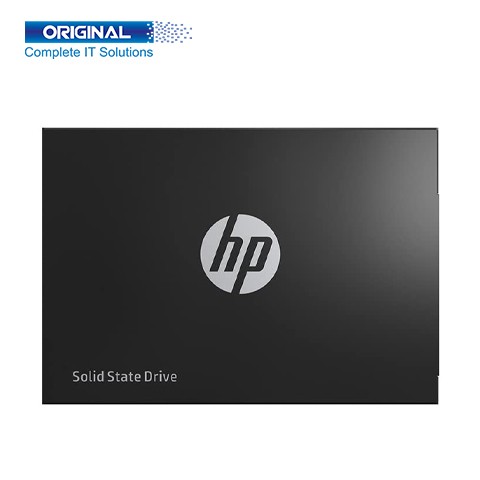 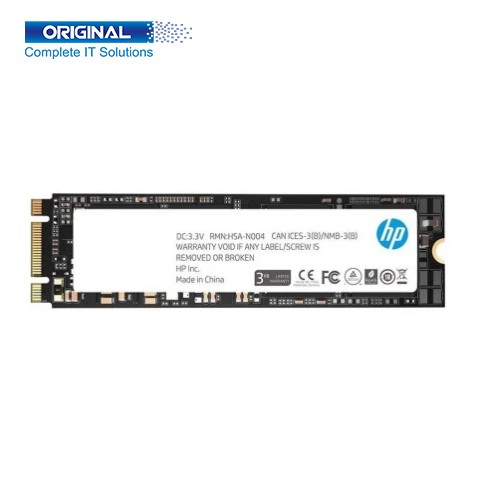 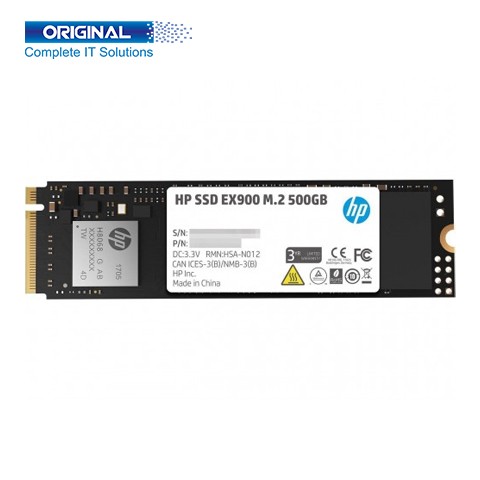 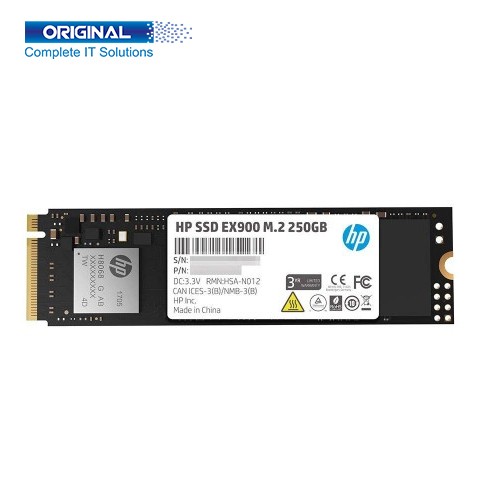 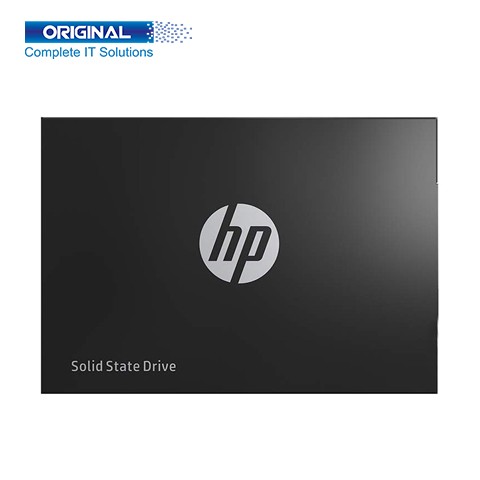 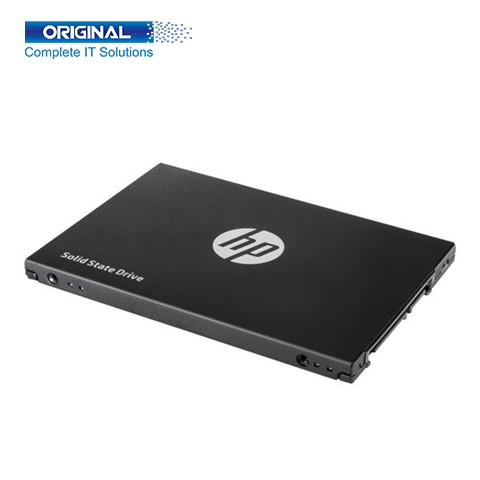 7 Best & Proven HP SSD Price in BD for All Purposes

You are at the right place if you are searching to purchase a new solid-state drive (SSD) from HP. In the next article, we will talk about the best HP SSD prices in BD and the many uses for each kind of HP solid-state drive. So, without further ado, let's get the ball rolling here, shall we?

DRAM-free NVMe controller with HMB (Host Memory Buffer) technology was developed by Silicon Motion and used in the HP EX900. The purpose of these new solid-state drives (SSDs) is to replace your existing SATA drive with a much faster NVMe one.

The firmware of the EX900 has been tweaked, and the device has been rigorously tested to ensure compatibility with HP devices. The EX900 is certified for use with HP NVMe devices. However, it is compatible with other brands and may be used in custom-built computers.

Since the HP EX900 has been through so many tests by HP's quality assurance team, you can rest confident that it will work well in any HP device. The 500GB EX900 is an affordable option for anybody looking to boost the NVMe performance of their PC.

• It may be twice as fast as regular SATA solid-state disks in certain circumstances.

• Up to 1.8 million hours MTTF (Maximum Time Before Failure)

• Extended battery life is one benefit of reducing energy use.

• Lightweight and easy to install

HP offers a Pro and non-Pro version of their S700 drive, with the latter featuring superior performance characteristics. The drive stands out from the crowd because HP says its new SSDs are entirely compatible with the HP Setup Manager (HPdst.exe) software that comes standard on all HP computers.

• There is no need to worry about the drive since it performs and is reliable to the highest standards.

• The 1TB SATA SSD included inside the HP S700 is covered by a 3-year warranty.

• Setup and regular use of the drive are child's play.

The HP S700 Pro's exceptional performance is sustained by combining conventional hardware components and innovative software. This SSD has a standard HP design outside, making it hard to see and not having the traditional racing markings of red, green, and blue. At first appearance, the S700 Pro appears like any other enterprise-grade solid-state drive.

Micron's 384Gbit TLC chips feature first-generation IMFT 3D technology and come in eight individual NAND packages. One NANYA DRAM module feeds information into an HP-branded SMI SM2258 controller. Even though most users will not be able to see it, the black-printed circuit board is a great touch.

Our testing has shown that the HP S700 Pro's firmware is much better than any other drive we've tried that relies on Micron memory and the SM2258 chipset.

• It supports Linux and Windows as well

• HP includes a 3-year limited warranty at no cost to you.

The HP EX900 500GB PCIe NVMe Internal SSD is the best option if you require blistering read/write performance and unwavering reliability. The built-in solid-state drive (SSD) has fast sequential read and write speeds of up to 3,200 MB/s and 1,800 MB/s, respectively, for lightning-fast start-ups and file transfers.

In addition to helping keep your computer running for longer, the HP EX900's low-power design also helps keep your battery healthy. Having a mean time to failure of 2.5 million hours, this internal SSD is a reliable choice for long-term data storage.

• The less power your laptop needs, the longer its battery will survive.

• A mean time before failure of at least 2.5 million hours for the storage medium.

• There is a 5-year limited warranty on the product.

• All of your concerns about data storage have been addressed.

HP's internal solid-state drive is suitable for desktop and mobile use. A maximum of 256 GB of information may be stored on its M.2 interface.

This drive's highest sequential read speed is 560 MB/s, and the maximum sequential write speed is 530 MB/s; these speeds are crucial for time-sensitive jobs like video editing and gaming. A data protection suite is constructed and prepared for use in the event of data loss or corruption.

• Increased sequential read speeds of up to 560 MB/s

• Data loss or corruption might be avoided with the help of a data protection suite.

• A whopping 256 GB of storage capacity, in case you were wondering.

• Including a guarantee of three years!

The HP S700 M.2 2280 250GB SATA III Internal SSD provides exceptional performance, making it a viable option for enterprise and critical-use software. In addition to safely storing information, its MTBF of 2,000,000 hours means it will last a very long time. The HP S700 has read/write speeds of 560/520 MB/s and 95k/80k IOPS.

HP's S700 may function as anything from a high-end desktop to a storage array or a corporate server. People who desire a performance increase are not excluded from this improvement.

• Compatible with a large variety of business programs and high-powered personal PCs.

The HP EX900 M.2 2280 250GB PCIe NVMe Internal SSD is a leading storage solution due to its high throughput and stable performance. Due to its PCIe interface and NVMe protocol, this drive can store up to 250GB of data and delivers exceptional performance.

• This product's advantages include up to 250 GB of storage capacity.

• Use a wide variety of HP machines.

One of solid-state drive technology's main advantages is its additional storage capacity. Conventional hard drives have a finite ability because of the limited number of platters that may be used to store data. In contrast, solid-state SSDs are not limited in this manner. Customers may benefit from the simplified design and more storage space.

The energy requirements of solid-state drive technology are far lower than those of mechanical hard drives. Using conventional hard disk drives, which need constant energy to maintain spinning, may lead to a higher cost for electricity and cooling. However, solid-state drives use extremely little power while idle, which might benefit monthly electricity bills.

Solid-state drive technology is also far more reliable than traditional hard disk-based technology. It is less probable for data to get damaged or lost on solid-state drives since these disks do not have any moving elements. Solid-state hard drives, in contrast to mechanical ones, may withstand drops without much damage.

Steps to Take Before Purchasing an HP Solid-State Drive

There are five crucial factors to consider while picking out an HP SSD:

Consider the SSD's storage capacity first and foremost. How much space do you need? Do you prefer an SSD with a higher or lower storage capacity? Your laptop's solid-state drive (SSD) may be changed to one that meets your needs.

The SSD's physical form is the next most important factor after its capacity. Most solid-state drives (SSDs) are either 2.5 inches in size or M.2. The 2.5-inch SSDs are the largest alternative, and they fit in laptops with a 2.5-inch disk socket. M.2 SSDs are more convenient because they may be placed in any laptop with an M.2 slot.

The SSD's interface is also an important consideration. SATA is the common connection type for solid-state drives. However, there are also alternate alternatives accessible such as NVMe and PCIe. An appropriate SSD must be picked for your laptop based on its interface.

The fourth variable to examine is the SSD's read/write speeds. This directly affects how fast your laptop starts up and how quickly data can be transferred to and from the SSD.

The preceding information should help you choose the best HP SSD for your laptop.

Is SSD preferable to HDD?

SSDs are better in various areas, including speed, durability, portability, quietness, and energy economy. HDDs are less expensive and have the potential to make data recovery easier in the case of a failure. SSDs are almost as reliable as HDDs, so if the price is not a factor, they should be your first option.

How long do SSDs typically last?

SSDs are, however, simply another storage device that may fail at any moment. However, this in no way reflects their dependability since solid-state drives (SSDs) are far faster than hard drives at data access and are less susceptible to physical damage. Under optimal conditions, the lifetime of a modern SSD may surpass five years.

How many SSDs does a PC support?

Three to six SSDs may be installed on the motherboard, depending on whether SATA, M.2, or PCIe ports are used. Even a small number of SATA disks can support up to eight solid-state drives. Before deciding how many solid-state drives (SSDs) to put in a desktop or portable device, it is essential to assess your demands.

Is 512GB of storage sufficient?

512GB of storage, especially if it's a solid-state drive (SSD), is plenty for even the most demanding jobs and a broad range of applications. A device's storage capacity is limited; therefore, an external drive is the best option if you need to preserve large files such as 4K or 8K movies.

Can I install another SSD on my computer?

Adding an external hard drive to your computer and connecting it to your system are all required to get more storage space. You may install a second SSD if your computer case is spacious enough and you have the appropriate hardware and software. Refrain from discharging static electricity while working within your computer's chassis.

That wraps up our list of the top seven solid-state drives. We have everything you need, whether a high-capacity drive for your workstation, gaming setup or a more affordable one for your personal computer. Also, HP-approved retailers in Bangladesh, such as SCCBD, sell these drives at low costs. Why delay?