17 Products are available in this category 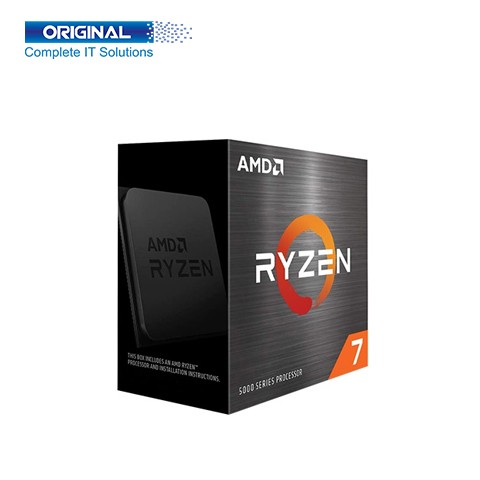 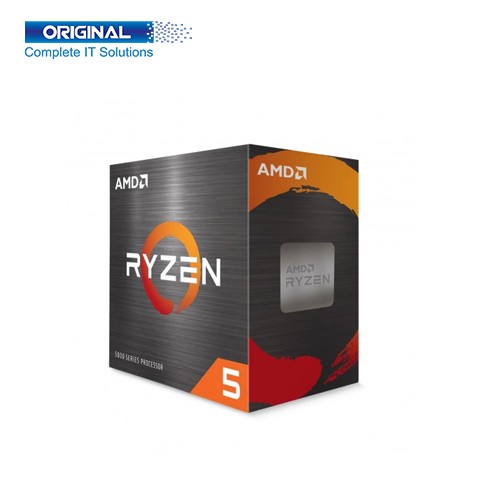 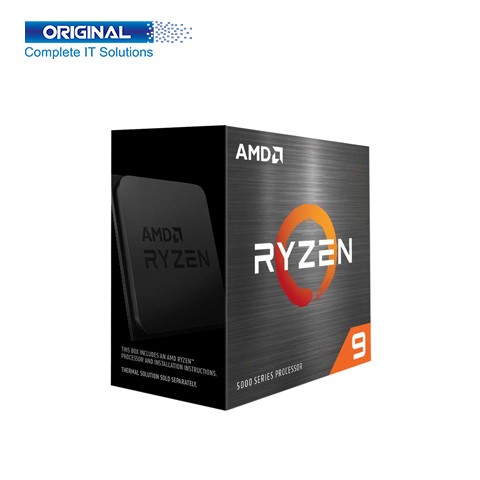 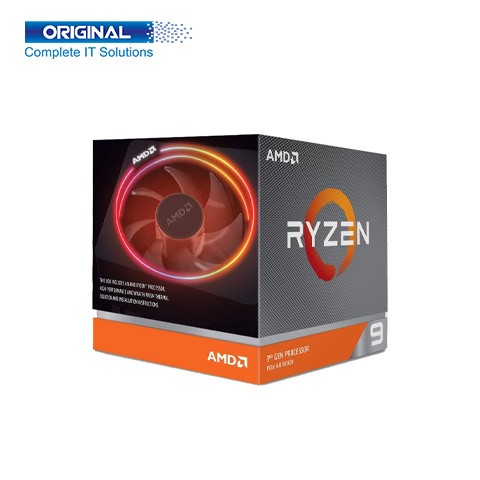 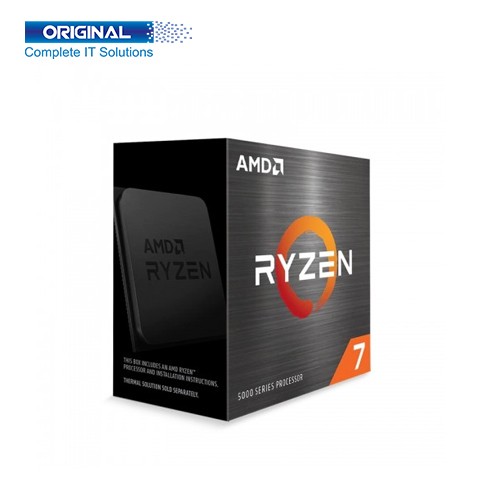 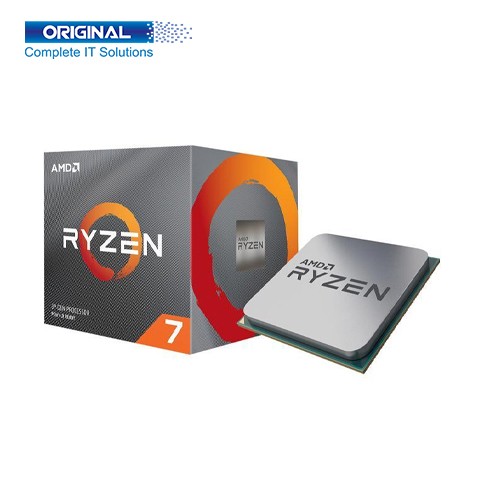 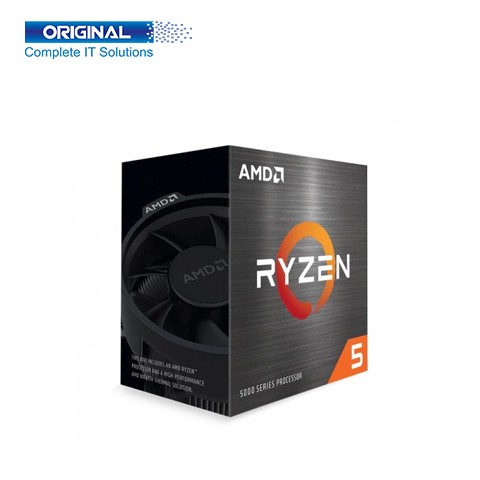 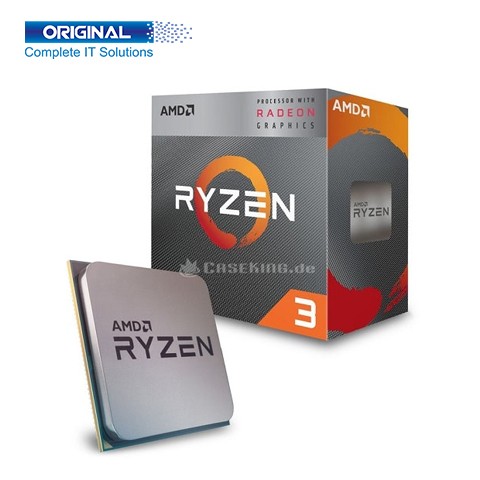 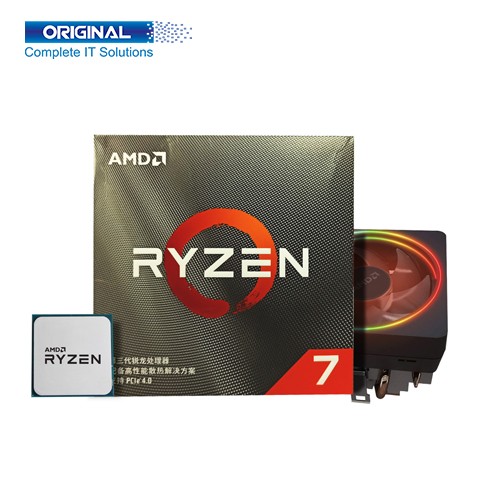 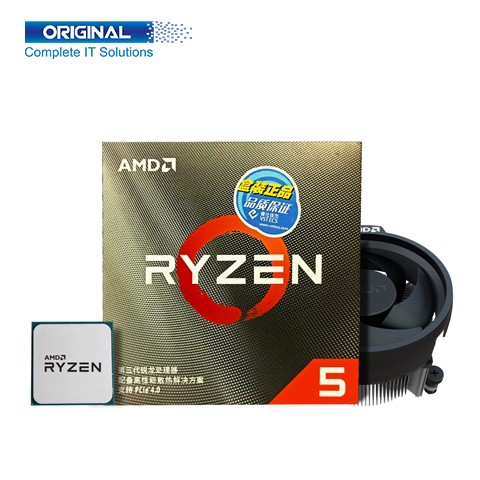 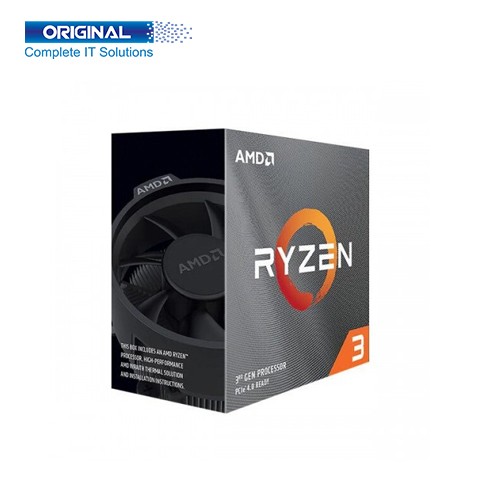 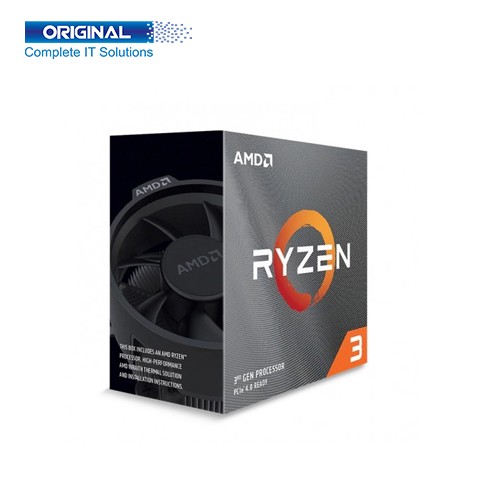 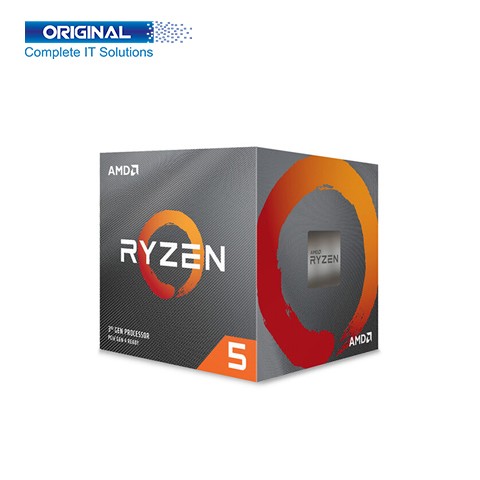 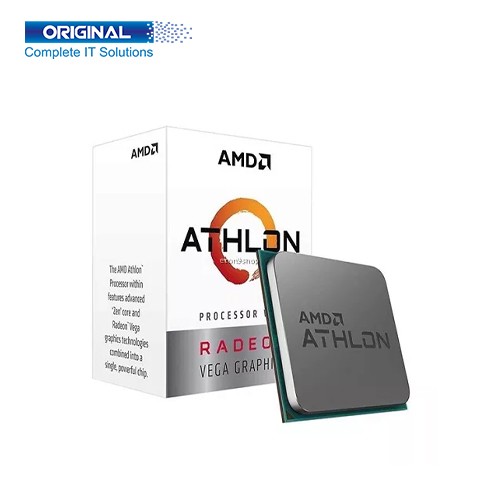 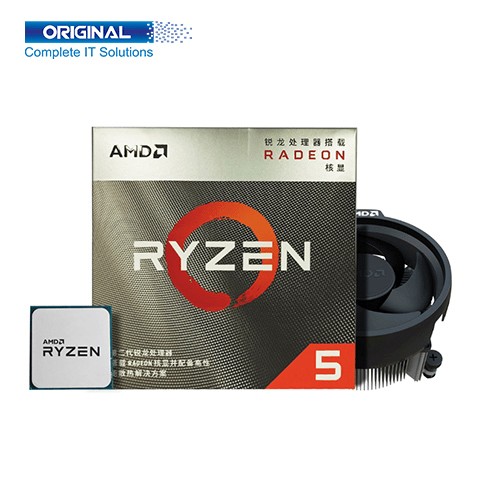 AMD CPUs have traditionally offered better value for the price than their Intel equivalents. In contrast, AMD CPU costs have been trending downward in recent years, making them more accessible to a wider audience. This article compares the current prices of Bangladesh's seven most popular AMD processors. Now, let's not waste more time and get down to business! The rest will follow…

While a 12-core CPU is probably overkilled for most PC games, it could be more impressive. Many new broadcasters use the same computer for broadcasting and gaming, so I include it as gaming. With its many accessible processing cores and threads, the 5900X CPU is well-suited to perform several parallel operations.

Ryzen processors from this generation also support PCIe 4.0 without any additional drivers or software. The best air coolers or custom water loops are still required for aftermarket cooling. This processor is only compatible with X570 motherboards and lacks a built-in GPU.

• A 12-core system has never performed better in a single-core benchmark.

AMD's Ryzen 7 5800X is, without a doubt, one of the best gaming central processing units (CPUs) on the market right now. Because of AMD's innovative 3D V-Cache technology, the 5800X3D can surpass even the Core i9-12900K, making it a formidable competitor in the gaming industry.

Since it is essentially an AMD Ryzen 7 5800X with more cache memory layered on the CPU die, it uses the same motherboard socket as previous chips and is, thus, a much more affordable option for gamers who don't want to break the bank.

A PC powered by AMD's AM4 processor family is assumed here. It's more cost-effective to buy the i9-12900K outright if you don't want to spend extra money on a new motherboard and a cooling solution.

• Takes in AM4 Connectors

An integrated graphics processor is the next best thing to replace a graphics card. Fortunately, these CPUs are readily available. Ryzen 7 5700G is AMD's strongest desktop APU right now because of its potent Zen 3 architecture and Vega-based graphics (Accelerated Processing Unit).

The CPU has a 7nm architecture and operates at a base frequency of 3.8GHz with a boost speed of 4.6GHz. It also has eight cores and sixteen threads. Even with all that, it maintains a manageable 65W TDP (thermal design power).

The 5700G features 16 MB of L3 cache and can use memory with a speed of up to DDR4-3200. Most aftermarket coolers provide better thermal performance; however, AMD's Wraith Stealth cooler is a great addition.

• Its built-in graphics can handle games at 1080p.

• Comparable to the processing speed of a CPU with a multiplier of 5600X.

• Air conditioner Wraith that comes in a box

The Ryzen 7 3700X is the pinnacle of AMD's attempts to reach the masses with its products. It's more efficient than the chip it's supposed to replace while being more powerful overall.

It may not be as fast as other AMD Ryzen 3rd Generation CPUs like the Ryzen 9 3900X, but it provides excellent performance for its inexpensive price. It's the greatest central processing unit (CPU) for many individuals and is an upgrade over the Ryzen 7 2700X's 8-core, 16-thread design.

Regarding price, speed, and efficiency, AMD's Ryzen 7 3700X is hard to beat. This CPU is best suited for use by the general population. If that isn't convincing enough, however, our review will show you everything else this CPU is capable of doing.

• Inexpensive hyperthreading is not possible.

If you're just concerned with cost and want a great deal on a gaming CPU, you can ignore the Ryzen 7 3800X's eight cores and sixteen threads.

• A very good compromise between single-threaded and multi-threaded performance.

• Key to the multiplication lock unlocked

One of the few AMD Ryzen CPUs with built-in graphics processing is the Ryzen 5 3400G. To get the most out of it, you should install it on a PC that doesn't have a specialized graphics processing unit (GPU) for things like video editing or playing demanding 3D games.

Compared to other AMD third-generation Ryzen CPUs, the Ryzen 5 3400G stands out. Most third-generation processors use a redesigned central processing unit architecture (dubbed "Zen 2") and are manufactured at 7 nm, making them far better than their predecessors.

Given its reasonable price of BDT 23,900 and enough processing power, it is a worthwhile purchase. The Ryzen 5 3400G performs well in budget business PCs and barebones gaming setups without a graphics card.

• Suitable for budget-friendly AM4 motherboards.

With six cores and twelve threads, the AMD Ryzen 5 5600X offers the best core count-to-price ratio among the company's newly introduced Zen 3-based processors. It is, therefore, a solid option for midrange gaming-focused CPUs.

The Ryzen 5 5600X set new marks in many of our gaming scores and is one of the best value CPUs AMD offered in 2020. This processor's great performance and low price make it our Choice among gaming CPUs, even though the lack of integrated graphics may be a dealbreaker for certain moderate users.

• Compatibility with the AM4 socket standard.

• Number one in every significant game measure

• With a low thermal dynamic pressure,

• Superb outcomes in terms of both output and efficiency in all areas.

How Fast Should a Laptop or Desktop Computer's Processor Be?

One person's desired pace may not be optimal for someone else. The answer is "it depends" on your intended computer use.

Your computer's processing power can be a little low if you use it for fundamental functions, such as reading and writing documents. A faster processor isn't necessary if your work doesn't demand much processing power.

Video editing, 3D modeling, and gaming are some resource-intensive activities that need a more powerful computer. You need more speed if you want your computer to keep up with your demanding job.

It would help if you aimed for a processor speed twice as fast as the slowest tasks you plan to run on your computer. Doing so will guarantee that your computer will run smoothly regardless of the tasks you throw at it.

What is a decent CPU speed for a laptop or desktop?" Your response will vary based on your machine's requirements. A slower speed will do if you need it for fundamental purposes. However, a more powerful CPU is required for intensive computing.

What Are The Core Benefits Of Using AMD Ryzen Processor?

AMD's Ryzen CPUs have several key advantages that appeal to a large audience. Some of the most important advantages will be discussed in further depth below.

The AMD Ryzen CPUs are particularly well-suited for multi-threaded workloads. This makes them a good choice for people who often run intensive programs using numerous cores.

The AMD Ryzen line of CPUs also has the significant overclocking capability, which is a huge plus. This allows users to overclock their processors and get even more performance out of their systems. This is a capability shared by some processors. Thus it is important to remember that it exists.

The AMD Ryzen family of CPUs is notable for their low power consumption. As a result, consumers may experience the same high level of performance while seeing significant savings on their energy expenses.

The AMD Ryzen line of CPUs has another perk: they usually maintain a more bearable operating temperature than competing processors. That's fantastic news for anybody aiming to put together a system that doesn't make much noise and operates at a low temperature.

Moreover, AMD's Ryzen processors come with free cooling as a bonus. Users save money by not having to buy an additional chiller.

In addition to superb I/O, AMD Ryzen CPUs are also a speed demon. With this, customers may connect to various devices and experience rapid data transfers.

The AMD Ryzen family of CPUs also has the bonus of being pin-compatible with AM4 motherboards. This allows consumers to switch to a Ryzen CPU without purchasing a new motherboard if they currently own an AM4.

You can see several benefits to choosing an AMD Ryzen CPU in your next PC setup. A Ryzen series is a great option if you're shopping for a high-performance CPU on a budget.

Things to Consider Before Buying an AMD Ryzen Processor

Cost should be your first concern when deciding whether to purchase an AMD Ryzen CPU. It's crucial to choose a processor that works for your demands and budget, and there are several to choose from.

The processing power is another factor to think about. Make sure the processor you buy is up to the task you want to give it. The AMD Ryzen CPU family is built for excellent performance, so even the most taxing workloads won't be a problem.

Your processor's performance may improve by overclocking. However, doing so may invalidate your warranty. Before overclocking your CPU, be sure you know what you're doing.

Compatibility is another crucial factor to think about. Ensure the CPU you buy is compatible with the motherboard and other parts of your computer. There shouldn't be any problems with compatibility since AMD Ryzen CPUs work with a wide variety of motherboards and components.

There may be less of a requirement for cooling when using an AMD Ryzen CPU instead of an Intel one. However, it would be best to have sufficient cooling to overclock your CPU. You can locate a replacement cooler that works for you among the many options on the market.

How many AMD cores are there in use today?

Can I play games well on an AMD system?

Some of the best processors ever made are AMD's third-generation Ryzen CPUs due to their excellent single-threaded performance and even more remarkable multithreading capabilities. Since this is the case, they are fantastic for gaming and more serious tasks like video editing and transcoding.

Which is better, AMD or Intel, and why?

Intel processors are less expensive than AMD processors at the entry-level. The top-tier AMD CPUs cost less than their Intel equivalents. Using a Clock Speed Boost of 14nm could cause it to overheat. The AMD CPU typically operates at lower temperatures than its Intel counterpart because of its larger lithography.

Who is Intel's biggest competitor?

AMD. In contrast to Intel, Advanced Micro Devices (AMD) produces motherboards, servers, and other computer components. AMD is a significant competitor to Intel in the x86 CPU market.

Which company is bigger, Intel or AMD?

For the past four decades, Advanced Micro Devices (AMD) has produced various computer components (such as microchips, CPUs, motherboards, and memory). As a result, they have become the industry's second-largest company, behind only Intel.

In 2022, the most beneficial AMD processors will be the ones that are both the best and the cheapest.

• AMD is a popular company recognized for selling high-quality goods at affordable pricing.

• The AMD processors shown in the following table are among the most powerful and cost-effective that will be available in Bangladesh in 2022.

• Every one of these CPUs was picked because it offers outstanding performance at a reasonable price.

Call to action: Please explore one of the alternatives below if you're shopping for a cheap yet high-quality AMD CPU.