30 Products are available in this category 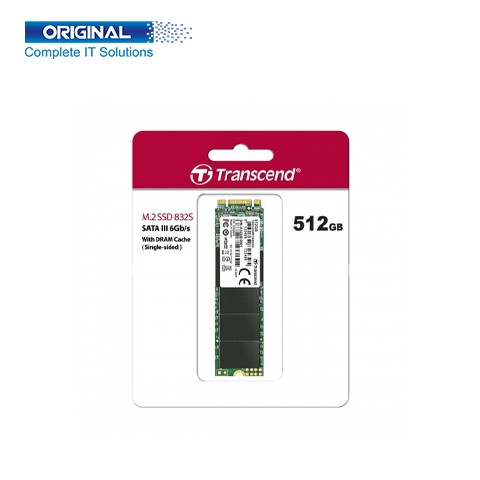 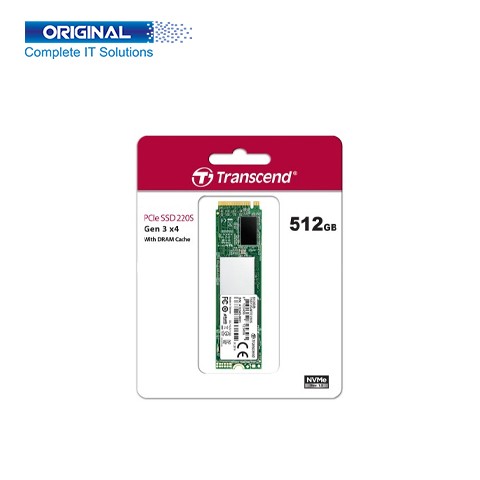 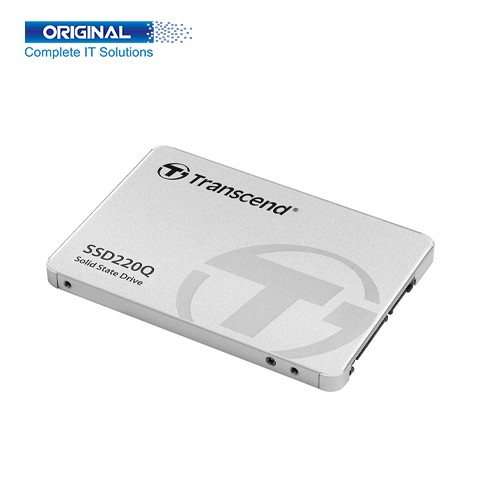 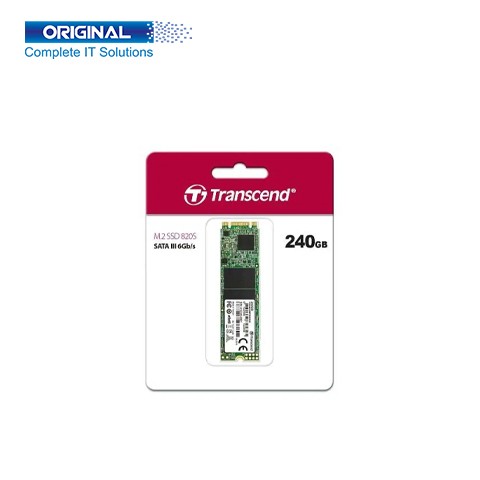 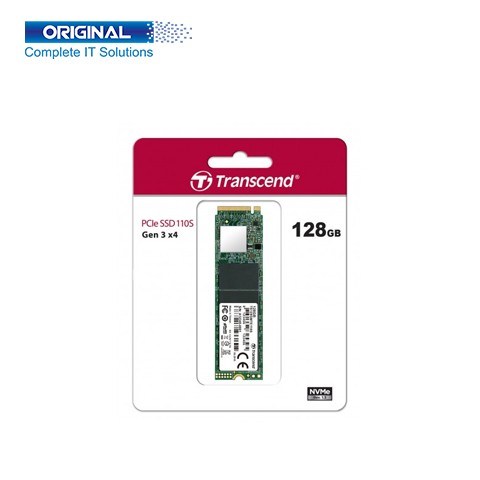 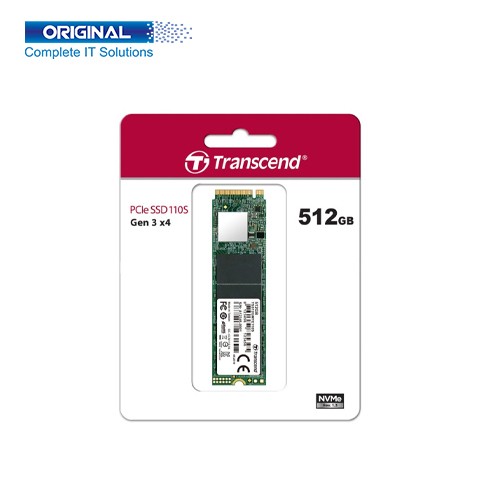 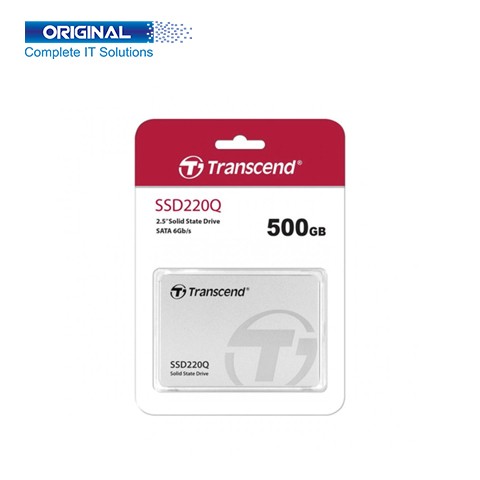 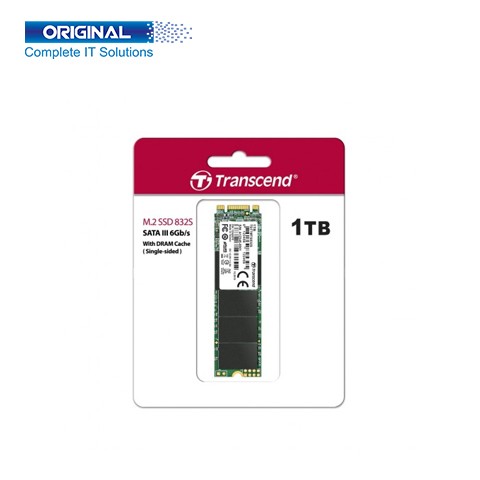 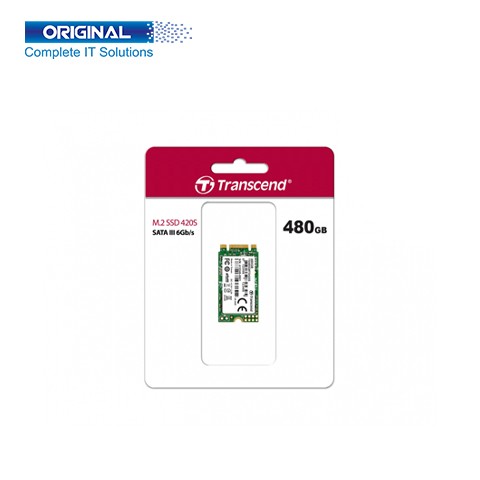 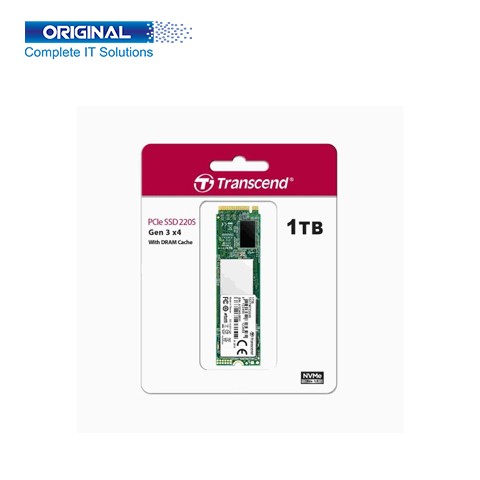 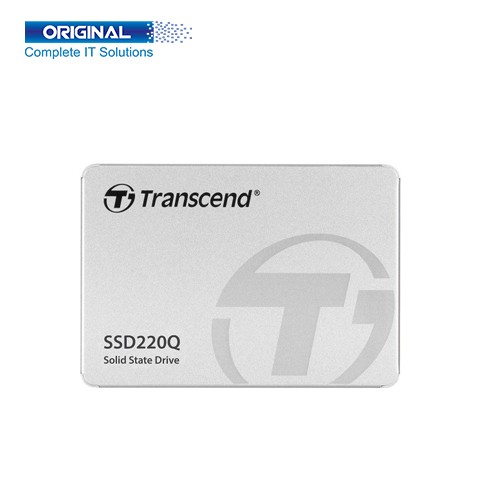 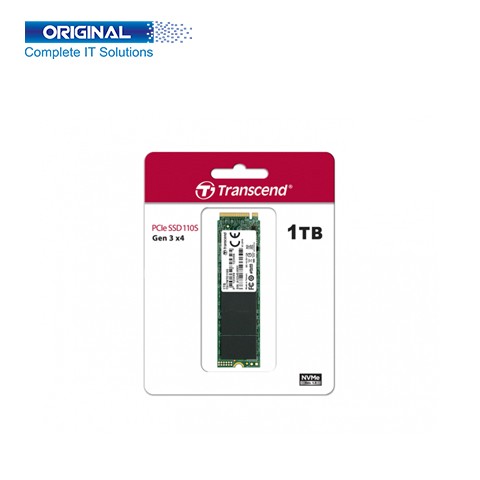 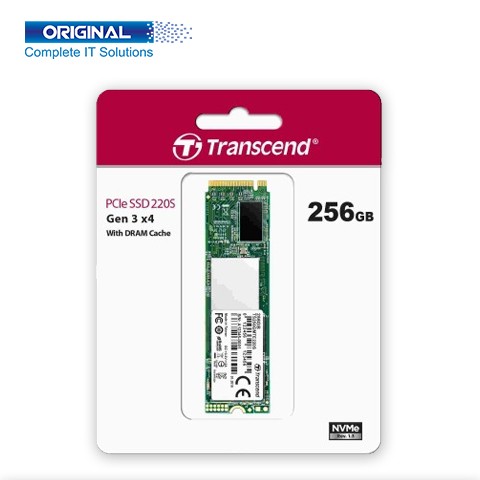 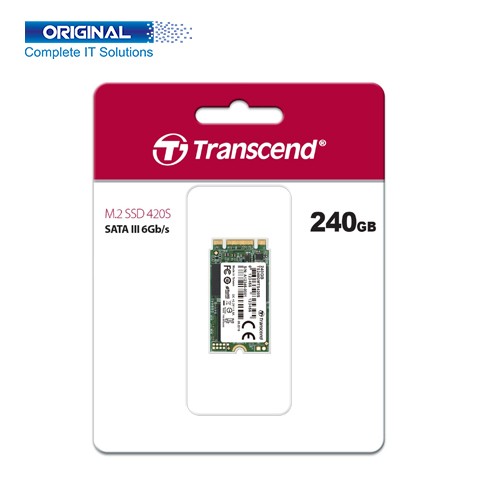 6 Top of the Best Transcend SSD Price in BD

Transcend is a corporation based in Taiwan that produces various electrical devices, from SD cards to drones. One of the most recognized names in the business, their success is a direct result of the superior quality and dependability of their goods.

Solid-state drives are a top seller for Transcend. These drives are ideal for video games and editing large media files since they load quickly and save often. Not only are they more long-lasting than standard hard drives, but they include no moving components.

This article will evaluate the costs of some popular Transcend solid-state drives (SSDs) in Bangladesh. You might also find online shopping resources among the links we give. Let's go right in; there's no time to waste.

Compared to conventional hard disk drives, the Transcend 2TB 220Q SATA III 2.5 Inch SSD is fast and reliable. Fast data transfer rates of up to 6 Gb/s are made possible via the SATA III interface, and the device is also TRIM and NCQ compliant.

There's plenty of room for your documents, songs, pictures, and movies, thanks to the generous 2-terabyte storage capacity. The drive has an MTBF (mean time between failures) of 2 million hours and incorporates ECC (error correction code) to protect data from being corrupted. There's a three-year guarantee on this Transcend 2TB 220Q SATA III 2.5 Inch SSD.

One of the most modern and advanced SSDs is the Transcend 220S 1TB M.2 PCle Gen3x4 SSD. It has excellent functionality and is cheap. Any serious gamer or PC fanatic will benefit greatly from this drive.

Transcend's 1TB M.2 PCle Gen3x4 SSD provides blistering speeds. It has a maximum read speed of 3200 MB/s and a maximum writes speed of 1500 MB/s. In addition to being a fantastic alternative for those wishing to improve their storage, this drive is also quite reasonably priced.

The Transcend SSD230S 1TB SATA Solid State Drive is an outstanding data storage and retrieval option. The metal case of this drive provides further security for your files.

The SATA interface on the drive makes it simple to hook up to a computer. The 1TB size of the Transcend SSD230S SATA Solid State Drive makes it a good choice for archiving several smaller files or numerous apps.

In addition to having a quick data transfer rate, this drive makes it simple to retrieve data whenever you need it. If you're in the market for a high-quality storage device, go no further than the Transcend SSD230S 1TB SATA Solid State Drive.

As far as storage devices go, the Transcend 110S 1TB M.2 2280 PCIe SSD Internal Solid State Drive is right up there with the best of them. This specific model is compatible only with motherboards that provide an M.2 slot.

The one terabyte of storage space it provides is more than adequate for most people. In addition, its read/write speeds are very rapid, making it an excellent choice for use in high-end gaming PCs or workstations. As a bonus, the Transcend 110S is inexpensive.

Transcend's 220S SATA III 6Gb/s SSD is compatible with high-performance machines of the future. The SSD's cutting-edge 3D NAND technology enables read rates of up to 560MB/s and write speeds of up to 520MB/s, all at a reasonable price.

The Transcend 220S's steady long-term performance is due to its support for the TRIM command and SLC Caching technology. An Error Correction Code (ECC) safeguard is included in the SSD to check for and fix data flaws mechanically, making it a safe and reliable storage medium.

Due to its SATA III 6Gb/s interface, the Transcend 220S is compatible with many devices, making it a great upgrade for any computer.

Your computer will benefit greatly from installing the Transcend SSD220Q 1TB 2.5 Inch SATA SSD since it is a solid-state drive of exceptional quality and performance. Booting up is much quicker, accessing files is less hassle, and the disk is generally more responsive thanks to this upgrade.

Upgrade your computer's storage space with the one terabyte of space provided by the Transcend SSD220Q 2.5-inch SATA solid-state drive. The Transcend SSD220Q is an excellent option since it offers far superior performance than that conventional hard drives.

The capacity and form factors of SSDs are quite variable. The commonplace 2.5-inch drive size is well known. These devices typically have a storage capacity between 128GB and 1TB.

Comparatively, mSATA and M.2 solid-state drives are far more compact than their 3.5" counterparts. These SSDs are used in ultrabooks and other thin PCs. The usual amount of space on such gadgets is between 128GB and 512GB.

A solid-state drive's capacity is set by the number and size of its flash memory chips. Additional data might be stored if more chips were utilized.

Hard disk drives (HDDs) are the industry standard, and they use spinning platters for data read/write operations. SSDs, or solid-state drives, are cutting-edge technology that utilizes flash memory to provide instantaneous data access.

Solid-state drives (SSDs) are superior to mechanical hard drives in many ways: they are faster, quieter, smaller, more energy efficient, and more robust.

HDDs are superior to SSDs because they are cheaper, have more space, and can easily be repaired if lost.

Hard disk drives (HDDs) use a mechanical read/write head and spinning disks to store and retrieve data instead of the non-mechanical storage of solid-state drives (SSDs).

Until the latter part of the 2000s, the only major choices you had when buying a new hard disk drive or computer where size and speed (typically 5,400 or 7,200 revolutions per minute).

Consumers in the market for a new computer nowadays may choose among machines with either solid-state drives (SSDs) or traditional hard disk drives (HDDs) (HDDs).

Why are SSDs useful for laptops?

Due to the lack of moving components, SSDs have found a home in portable devices such as laptops. Since solid-state disks consume less power, they allow for longer periods of use between charges.

Even though solid-state drives (SSDs) are now the norm for most high-end devices and are gradually making their way into the middle range, many low-cost laptops continue to employ slower and costlier hard drives.

Dropping a solid-state drive doesn't cause any harm, unlike a traditional hard disk where the moving parts might be damaged.

Dropping your laptop while it is being used might result in data loss since the read/write head of the hard drive is in motion the whole time. With solid-state drives, you won't have to worry about this happening.

However, there is only sometimes a simple yes/no answer in practice. In "hybrid" computers, the quicker and more expensive SSD is utilized to store the operating system, applications, and frequently used data, while the HDD is used for everything else. Having your OS and programs installed on the SSD is great if you want to get the most out of your new purchase.

In your search for a solid-state drive (SSD), you will almost definitely come across two different connection formats: SATA III and NVMe. Although NVMe is rapidly becoming the standard, it is still vital to be aware of the variations.

• The SATA III (Serial ATA) interface is used by many older SSDs and HDDs to connect to a computer's motherboard and is backward compatible with the SATA protocol.

• Non-Volatile Memory Express (NVMe) is a relatively new technology that allows faster data transfer and lower latency by gaining direct access to the PCIe lanes on a motherboard.

• Some older motherboards and BIOS may not support NVMe, so you'll want to be sure your system can handle the upgrade before you make it. You can learn how to do this from the motherboard's documentation or by researching the board's specifications online.

Things to Consider Before Buying A Transcend SSD

When purchasing a Transcend SSD, the price per gigabyte (GB) will help determine the value of each purchase. Transcend solid-state drives (SSDs) are often costlier than comparable hard disk drive (HDD) models. There used to be a big difference between stores, but that has shrunk recently.

Read/write speed is another factor when picking a Transcend SSD. Data may be written to and read from the disk at this rate. The greater your drive's read/write speed, the better it will perform.

Transcend's solid-state drives (SSDs) are stocked in capacities ranging from 128GB to 1TB. It's OK to get a lesser capacity drive for general data storage. However, if you plan on using your drive for more intensive activities like video editing or gaming, you'll need a drive with additional storage space.

The interface allows your Transcend SSD to communicate with your personal computer. SATA and NVMe are popular connections. The SATA interface is standard for older laptops. The NVMe interface is seen in high-end gaming laptops.

What's your Transcend SSD? The 2.5-inch and M.2 form factors are the most prevalent. Drives for laptops often come in a 2.5-inch physical factor. The M.2 form factor is often used in high-end laptops.

It's essential to read the warranty information before buying a Transcend SSD. This will cover you in case of a faulty product from the manufacturer. Some Transcend SSDs may have a lower or longer warranty than the standard five years.

Finally, think about the manufacturer of your Transcend solid-state drive. Samsung, Western Digital, and Crucial are three of the most well-known manufacturers. When picking a brand, remember that they are ultimately accountable for the performance of your drive, so make sure it's one you have faith in.

Is Transcend a good brand?

The name Transcend has earned a solid reputation in its field. I've used Transcend DDR2 and DDR3 RAM in six different systems over the last five years. They're all working just well right now. Time elapsed between a memory controller's request for a column of RAM to be accessed and the column's data is available at the RAM output is known as (Column Address Space) latency, abbreviated as CL.

How and where are Transcends manufactured?

Transcend has factories in Taiwan and China; the former is certified to international quality standards ISO 9001 and ISO 14001, while the latter is ISO/TS16949 compliant. Transcend does everything from the initial concept to the final product in-house.

How long does an SD card last?

Most semiconductor cards, including those that adhere to SD standards, employ flash memory to store data. With today's technology, the card should endure for at least ten years, even with constant usage, allowing customers to delay changing their devices for a long period and contributing to less electronic waste.

Does NAND operate the same as DRAM?

A Rise in Demand for DRAM and NAND: Dynamic random-access memory (DRAM) is used for temporary storage in computers, servers, and mobile devices, while NAND flash is utilized for permanent storage.

What's The Difference Between DRAM And NAND?

Data may be accessed via DRAM memory much faster than from 3D XPoint. DRAM's inability to store information without a constant supply of electricity is a drawback of its volatile nature. Solid-state NAND Flash is slower than DRAM and 3D XPoint, yet it does not lose data when the power goes off.

This concludes our current knowledge of the least expensive Transcend SSD available in BD. Here's hoping you picked up some useful information. If so, I'd appreciate it if you'd share this information with anybody you know looking to upgrade their solid-state drive.

I'll run over a few ways a Transcend SSD outshines a traditional hard drive. Your laptop or computer will remain cool and operational for a longer period since they are more powerful, last longer, and consume less energy. They are available in various sizes. Everyone has read the article.